Developers have been given permission to rebuild Manston airport as an international cargo and passenger hub, after ministers overruled the planning inspectorate’s recommendation to reject the scheme.

The airport in Kent could open by 2023, handling up to 10,000 cargo flights a year as well as passenger services, with construction starting as early as next year.

The plans have divided local communities, with some welcoming the promise of additional jobs, but others dismayed at the noise and pollution airport expansion will bring.

The decision to grant a development consent order for the scheme against the recommendations of inspectors was officially taken by the transport minister Andrew Stephenson, with the secretary of state, Grant Shapps, recused to avoid any conflict of interest.

Inspectors warned that the plans “will have a material impact on the ability of government to meet its carbon reduction targets, including carbon budgets”, and that climate change was another factor that “weighs against the granting of development consent”.

Opponents have argued that it is incompatible with emissions targets, and could create a precedent for more expansion. It comes in spite of the Heathrow third runway scheme being thrown out by courts, because the government’s airport policy failed to properly take into account Britain’s climate change commitments.

The decision was released the day after the government launched its Net Zero board to advise on its transport decarbonisation plan.

The reopening of Manston Airport has been a policy championed by UKIP as well as local Conservative MPs since it closed in 2014. Manston had been bought for a nominal £1 a year earlier by Stagecoach co-founder Ann Gloag, and was later sold to rival developers and earmarked for housing.

RiverOak Strategic Partners (RSP), who have long targeted the airport and acquired the site last year, said the £300m project would create more than 23,000 jobs, many of which would be in the relatively deprived areas of East Kent. RSP argue that the Covid-19 pandemic and Brexit make the need for more specialist air freight capacity vital.

Tony Freudmann, director of RSP said: “Once built, Manston will be one of the most modern, efficient and environmentally friendly freight hubs in the world.”

North Thanet MP Sir Roger Gale said: “This national asset has been closed for far too long but it can now play a critical role in delivering jobs and investment… Post-Brexit Britain is going to need additional air freight capacity and Manston can offer this swiftly.”

A spokesperson for the local No Night Flights campaign group said there was no evidence that the airport would bring jobs: “We are incredulous that the secretary of state would override a recommendation from the planning inspectorate. We will be reviewing our options to challenge this and protect our town from this horrible blight.”

Green Party transport spokesperson Caroline Russell said members would continue to campaign to “try and prevent this senseless act, which places the economic benefit of a small number of people ahead of the wellbeing of everybody else”.

UK office workers slower to return to their desk after Covid 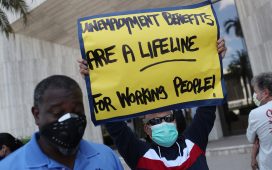 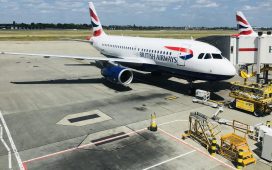 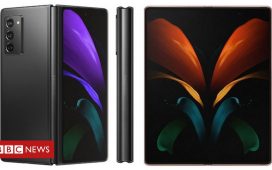