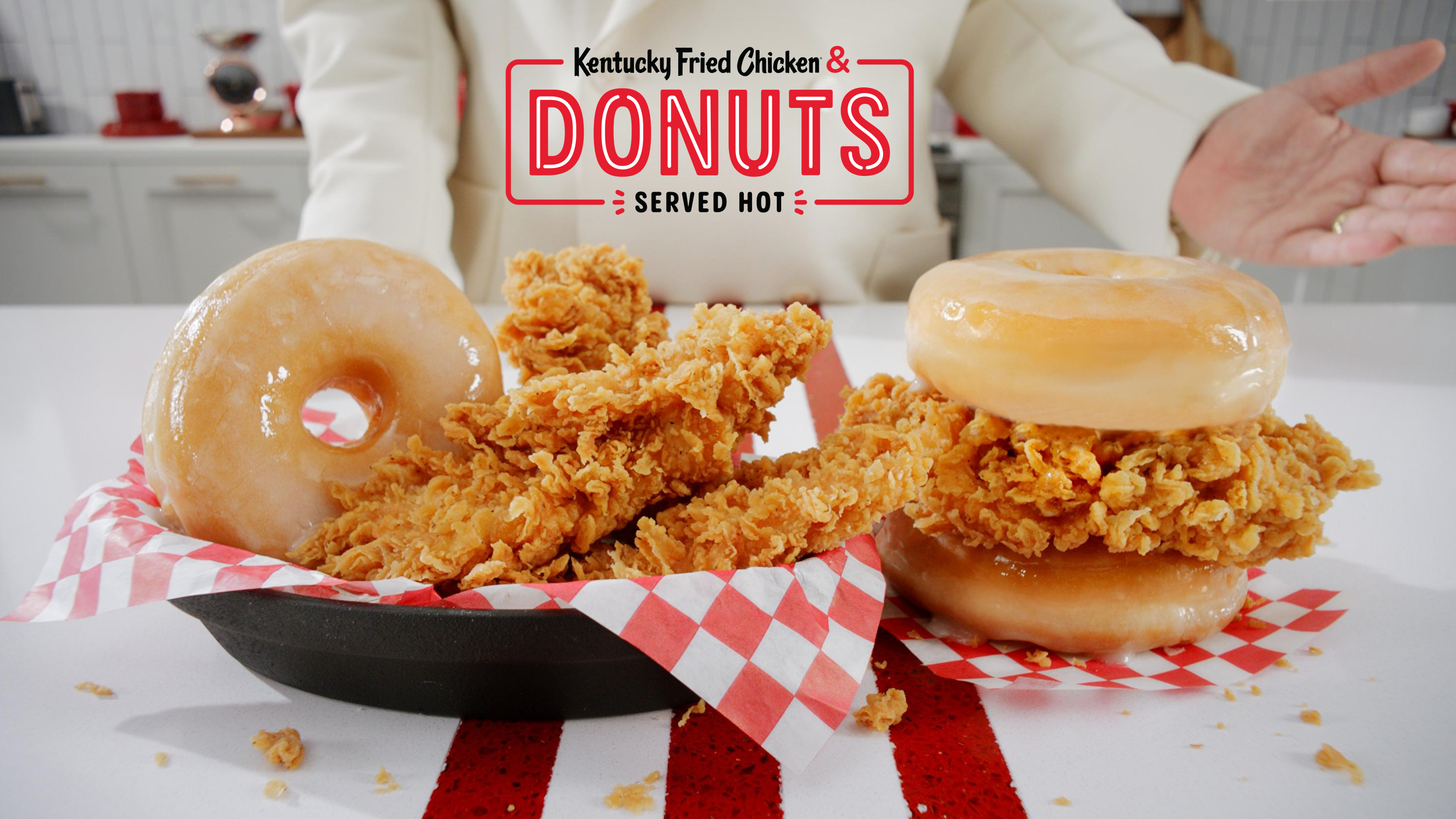 KFC is bringing fried chicken and doughnuts to the masses.

The sweet and savory meals are available as a sandwich – a chicken fillet between two warm glazed donuts – or as a basket with choice of tenders or bone-in chicken with one or two donuts depending on the meal.

The sandwiches and baskets will be sold through March 16 or while supplies last with prices ranging from $5.49 to $7.99. Hot donuts also can be added to any meal.

Shamrock Shake season: McDonald’s mint seasonal shake is back along with a new Oreo Shamrock McFlurry

“Chicken & Donuts is the newest fried chicken trend we’re bringing to all of America,” said Andrea Zahumensky, KFC U.S. chief marketing officer, in a statement. “But not just any donut would do. Only a donut that’s glazed-to-order and served piping hot every single time can stand next to our hand-breaded fried chicken.”

Before Monday’s nationwide release, Chicken & Donuts will debut from 10 a.m. to 3 p.m. Saturday, Feb. 22 in a Los Angeles pop-up shop called “The Colonel’s (Chicken &) Donut Shop” at 615 North La Brea Ave. The first 50 qualifying guests 16 or older at the pop-up get a free Colonel’s Dozen with six tenders and six donuts.

Walk-ups are welcome, KFC said in its release, but you can RSVP at an Eventbrite page too.

The chicken chain recently announced another new limited-item: KFC X Crocs Bucket Clogs, a low-to-the-ground pair of soles covered in a fried chicken print that comes with removable, chicken-scented Jibbitz charms so it can smell like the fried protein.

Are we headed for a credit crisis? We answer your questions

Buybacks are no longer enough to woo investors

Banks stand to make billions from US small business rescue

The 5 best Kohl's deals you can get right now

What happens if you can't pay rent on April 1 because coronavirus forced you out of work?

President Trump makes his case for a border wall during Oval Office address to...