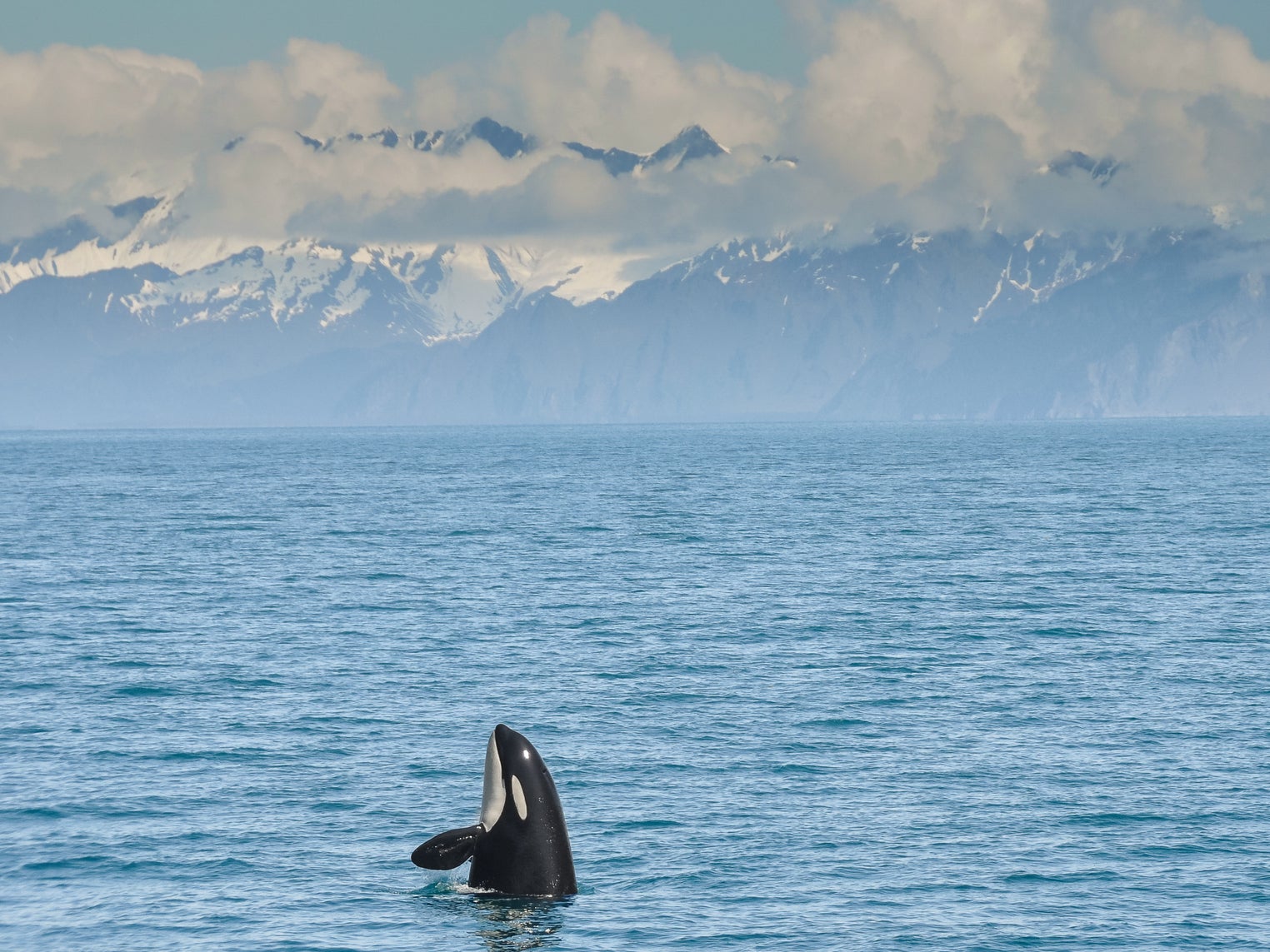 A killer whale from an Icelandic pod has travelled over 8,000km (4,970 miles) from the far north to the waters off the coast of Lebanon, near Beirut, and is believed to have covered the greatest one-way distance ever recorded for its species.

Orca whales seldom enter the Mediterranean Sea, so the recent confirmation of the solitary male at the eastern end of the sea has surprised marine scientists.

The whale, known among humans as “Riptide” or SN113, began his journey in waters off the coast of the Snæfellsnes peninsula in west Iceland, where he was last recorded in June 2018.

The next sighting was in December off the coast of Genoa, Italy, in the Mediterranean, when Riptide was seen with members of his pod.

He was identified by Marie-Thérèse Mrusczok, head of Orca Guardians, an Iceland-based conservation organisation.

Ms Mrusczok was able to identify him by the unique markings on his dorsal fin and head.

Orca Guardians said: “To the best of our knowledge, this is the longest known distance travelled of any killer whale to date, with over 8,000 km, just incredible!”

But the organisation is now concerned about the whale’s health as he was seen alone, and was reportedly emaciated, suggesting he has been unable to successfully feed in the Mediterranean.

In an interview with RUV – The Icelandic National Broadcasting Service – Ms Mrusczok said it was highly unusual for an orca to be seen in these waters, and the first confirmed sighting of the species in Lebanon.

“Orcas have never really been seen in Lebanon before. There were sailors who said they saw them swimming there in the 1980s, but nothing was confirmed. So this is unusual. It was also strange when they saw Italy. Orcas don’t usually swim that far into the Mediterranean.”

She said when the whale was seen near Genoa in December, he and his companions appeared to be in poor health.

She also suggested the other whales in the pod are likely to have died and said a female believed to be from the same group had recently washed ashore in Lebanon.

Riptide’s epic journey has broken the previous record for longest documented distance travelled by an orca by 2,500 km (1,553 miles).

Boris Johnson has coronavirus. Why do politicians seem prone to it? – The Guardian

Coronavirus repercussions will lead to mental health pandemic for the young, experts warn

Ozone layer is recovering, thanks to climate change treaty signed over 30 years ago, finds study – Firstpost

Apple has made its video and music editing software free – Dazed

Cold weather WARNING: Solar minimum has ARRIVED and could last for more than a...