The government has ruled out paying large suppliers to take on the customers left behind by the collapse of smaller rivals after the gas crisis claimed its largest casualty earlier this week.

Kwasi Kwarteng, the business secretary, told MPs in the House of Commons that he could “categorically” rule out any subsidies or grants for larger energy suppliers.

The statement appears to pour cold water on the hopes of some supply giants that they may be able to increase the size of their customer base at the expense of failed smaller rivals with financial help from the government.

The UK’s biggest energy suppliers have held meetings with Kwarteng since the weekend to discuss the plans to help the supply market weather the record gas surge, and some are understood to have called for cheap government loans to help shoulder the cost of taking on customers from insolvent rivals.

Seven small suppliers have gone bust in a little over six weeks and millions of households could lose their energy supplier by the end of winter – providing a growth opportunity for the incumbent supply giants after years of losing customers to smaller challenger brands.

The government is continuing to rely on an existing process in which energy groups bid to become a “supplier of last resort” when a rival goes out of business, despite concerns that rocketing gas prices could soon make it prohibitively expensive to pick up new customers without financial help from the government.

However, concern is mounting that if the number of unprofitable customers left without a supplier reaches critical mass, the remaining suppliers may refuse to take them on.

Kwarteng told parliament that if this were to happen, the government would turn to 2011 legislation that would allow the creation of a “special administrator” for for the collapsed energy supplier.

The administrator would effectively take on the running of the insolvent company and ensure its customers continue to receive energy until the company is either rescued, sold, or its customers transfer to a new supplier.

In this way households would keep receiving gas and electricity through the winter, without the government “rewarding failure” by bailing out failed firms or effectively subsidising larger suppliers.

A lack of gas storage capacity has left the UK paying significantly higher wholesale prices at daily auctions than other European countries, which have been able to build up reserves over recent months. Instead of storing gas, the UK has increasingly relied on a “just-in-time model” for supply.

Centrica, the owner of British Gas, closed a major storage site built under the sea bed under the Yorkshire coast in 2017 after ministers refused requests for subsidies to help maintain the facility. The remaining sites, such as Aldbrough, which is run by SSE, and Stublach, which is operated by Storengy, cover a fraction of annual demand.

Ed Miliband, Labour’s shadow business secretary, accused the minister of being “complacent about the situation we are facing” by approaching the looming supplier failures as though it “was normal for a number of suppliers to go down each winter”.

“But what we are dealing with is far from normal – 800,000 customers losing their suppliers yesterday alone, 1.5 million in the last six weeks,” Miliband said in the Commons.

Kwarteng rebuffed claims that the government had been complacent, and said the “organised process” by which households were switched to a new supplier was “well established”.

“Our approach will be informed by the following principles: protecting customers, especially vulnerable ones, from price spikes. And the solution to this crisis will be found from the industry and the market, as is already happening,” he added. 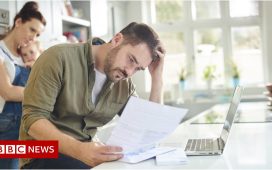 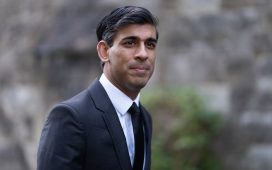