Shares in Ladbrokes’s owner surged after it revealed it had received an £8.1billion takeover approach from US casino giant MGM Resorts.

Entain, formerly known as GVC, rebuffed the proposal, which it claimed significantly undervalued the company and its prospects.

Traders drove the shares up 25.3 per cent in the hope MGM would come back with a higher price – or that it would flush out a rival bidder. 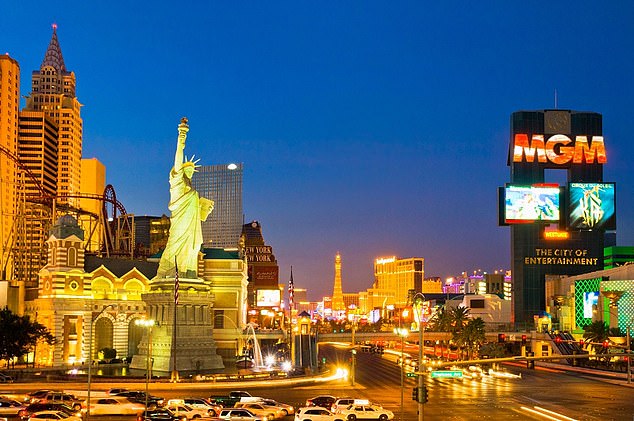 All in? Ladbrokes-owner Entain, formerly known as GVC, has rebuffed an £8.1bn takeover approach from US casino giant MGM Resorts sending share soaring 25.3%

MGM, which operates flashy casinos in US destinations including Las Vegas, New Jersey and Detroit, now has until February 1 to come up with a formal offer for London-listed Entain. The UK business has more than 24,000 staff employed across five continents.

The market is signalling the price will have to be markedly higher in order to win over shareholders and the board.

Even at the current level, however, bosses at Entain are in line for a windfall if a deal goes through.

Chief executive Shay Segev, who took over from Kenny Alexander last summer, had 1.6m shares in Entain as of last August. They would be worth £22million if the deal goes ahead.

Alexander himself – a controversial figure during his 13 years leading the firm who was awarded more than £63million in pay and bonuses over the last five years alone – held some 2.5m shares as of December 2019. They would be worth around £35million under the MGM offer.

Although the approach could result in a lucrative payday for bosses and shareholders, it is likely to raise concerns about whether a new US owner would address issues in the UK over problem gambling and addiction.

In a stock market announcement, Entain said it had told MGM that the bid is too low and asked the US company to provide ‘additional information’ on the ‘strategic rationale’ for bringing together the two firms.

The move by MGM is the latest sign of the appetite in the US for British gambling groups.

Since the US Supreme Court legalised sports betting two years ago, UK bookmakers have been scrambling to get a foothold in the massive market across the Atlantic. 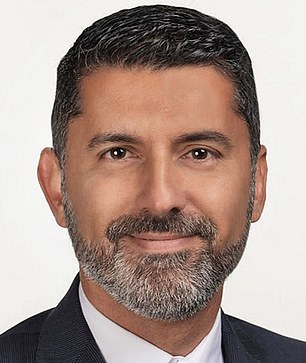 They have had to do so in partnership with US casino operators, and the Entain bid comes hot on the heels of the takeover of William Hill. The British bookie was bought for £2.9billion by another US casino operator, Caesars Entertainment, towards the end of last year.

Neil Wilson, chief market analyst for Markets.com, said the Entain bid could be the first in a string of foreign takeovers for 2020.

‘Good global businesses listed in the UK are trading cheaper than their European peers, due to Brexit and Covid uncertainties, and remain attractive to foreign groups hungry for growth,’ he said.

But analysts warned that any deal between MGM and Entain might not be as simple as the William Hill buyout.

‘William Hill can be neatly separated into a large UK business and a fledgling US operation,’ Nicholas Hyett, an analyst at Hargreaves Lansdown, said.

‘By comparison Entain is a far more global and more integrated operation – operating online gaming sites around the world as well as a UK high street estate.

‘That makes folding the non-US operations into MGM or spinning them off separately a far greater challenge.’

The price MGM has proposed, at 1383p per Entain share, represents a premium of 22 per cent.

Hyett said this was ‘relatively modest by recent standards’ considering that MGM would take control of all of Entain’s 3,000 High Street bookies under the Ladbrokes and Coral names, and its other brands including Bwin, Foxy Bingo and Gala.

At the current £8.1billion offer price, Entain shareholders would end up with 41.5 per centof the enlarged MGM – more if the offer is increased.