It could be another three years until London’s West End enjoys a full recovery in international tourism, according to the boss of one of the area’s largest landlords.

“People have accepted that international tourism is not going to come back this year or perhaps even next. It could be 2024 before it gets back to 2019 levels,” said Brian Bickell, chief executive of Shaftesbury, which owns chunks of Carnaby Street, Chinatown and Soho.

As well as the return of tourists, Shaftesbury admitted that the pace and shape of any recovery will be determined by other factors beyond its control, including the effectiveness of the vaccine drive and the emergence of new strains of the virus.

Life is slowly returning to the West End after a bruising 15 months in which restrictions have left London’s streets deserted and the number of empty stores in the area has increased.

Punters and prospective tenants have returned in the past six weeks after the government gave approval for pubs and restaurants to reopen for outdoor service on April 12, according to Shaftesbury.

“We’re feeling a lot more optimistic now, for the first time in 15 months. We’re not in the clear yet, but everything is pushing in the right direction,” said Bickell.

The reopening of indoor venues from May 17 provided a further boost, he added.

Vacancy rates on the 16-acre estate have fallen from 11.9 per cent to 11.3 per cent since March 31 while the amount of space under offer edged up in the same period.

But the recovery of the West End remains in the balance, and the area is likely to bear the scars of the pandemic for some time. 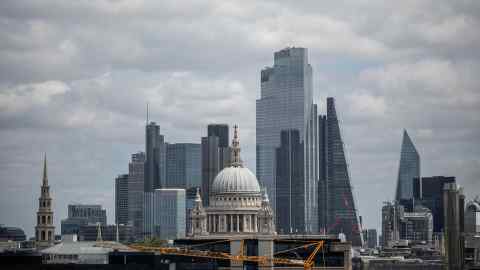 In the six months to the end of March, Shaftesbury lost £338.5m before tax, largely thanks to a 10 per cent fall in the valuation of its portfolio to £2.8bn.

The landlord collected 43 per cent of the rent it was due for the period, with many businesses forced to close for the bulk of that time.

Vacancy rates in the central London district have surged during the pandemic as shops and restaurants have folded or cut leases they cannot afford. The number of empty units on Shaftesbury’s estate has more than trebled during the crisis.

New leases are being signed, but often at sharp discounts to pre-pandemic prices. According to Bickell, rents on new retail leases are about 20 per cent down, while hospitality and office leases have held up better.

“Clearly, we are not out of the woods yet, but [improving] footfall, letting activity and space under offer perhaps offer a glimpse at some green shoots,” said Matthew Saperia, analyst at Peel Hunt, in a note.

Shares in Shaftesbury have rallied from lows of 420 pence last October to 596 pence on Tuesday, boosted by the success of the vaccine and the gradual reopening of the central London economy.