Landlords’ groups have warned that government plans to abolish the current “no-fault” arrangements for evicting tenants will create new problems unless reforms to legal processes are completed before the proposals become law.

The government on Thursday announced the most sweeping changes to tenancy rules for a generation in its Renters’ Reform white paper, designed to improve rights and conditions for tenants.

Its package of measures includes the abolition of the so-called “Section 21” rule, which allows landlords to turn out tenants without needing to give a reason. The Conservatives pledged to abolish the measure in their 2019 manifesto.

Instead, the government aims to ease the process by which landlords can repossess a property when they have a legitimate reason to do so. This could be wanting to sell it, move back in, or because a tenant breaks the contract by, for example, falling into persistent arrears, damaging the home or causing disruption through antisocial behaviour.

It plans to introduce a new property ombudsman to settle disputes between tenants and landlords without the need to go though costly, time-consuming court proceedings, and speed up court processes where possession cases require them.

However, property owners’ groups have warned that if landlords were to lose the Section 21 option before these court reforms had been fully tested and implemented, this would cause worsening backlogs of cases for those who had a valid reason for eviction — and that an ombudsman “cannot be a substitute” for improvements to legal processes.

Ian Fletcher, director of policy at the British Property Federation, said: “There are occasions when issues arise on both sides of a tenancy, and while it is a last resort the renters’ reform will result in more disagreements between investors and tenants being seen in court.

“It is vital that the government delivers on its digitalisation of the courts’ agenda ahead of these reforms to ensure a swift resolution to these cases. Investors will feel let down if that is not the case.”

Ben Beadle, chief executive of the National Residential Landlords Association, said it could currently take a year for a private landlord to repossess a property through the courts, not including the notice period for tenants. “Whilst we support proposals for an ombudsman to cut the number of possession cases needing to go to court, this cannot be a substitute for proper court reform as well.”

He called for digitalisation of cases and prioritising the most serious measures to resolve disputes, as well as more bailiffs and a more efficient case handling process — “not just to get through the backlog, but so we get to an acceptable timeframe”.

The government’s timetable for bringing in these reforms was “optimistic”, he said, adding that court modernisation measures already in place had yet to include property disputes.

Proposals to create specialist housing courts to deal with the backlog in repossession cases were dropped after the government deemed them too costly. But the Department for Levelling Up, Housing and Communities insisted plans for court reform would be completed by March 2023, tackling “the areas that particularly frustrate and hold up possession proceedings”.

It said it would bring in new ways of paying county court bailiffs to free up capacity for enforcing possession orders and it would “explore improvements to bailiff recruitment”.

“The HM Courts and Tribunals Service Reform Programme will modernise the end-to-end process for possession claims, enabling better advice and guidance to be provided and reducing user errors which can delay the process,” it said in a statement.

Other reforms to the rental market in the bill include the obligation for all assured and assured short hold tenancies to become periodic tenancies. This means they can be ended by the tenant with two months’ notice and by landlords with a valid reason.

Landlords will be barred from placing a blanket ban on renting to families with children or tenants on benefits, and the government is drawing up measures to discourage landlords from turning away tenants with pets. 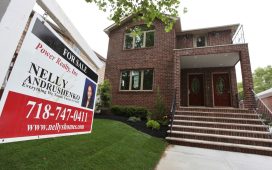 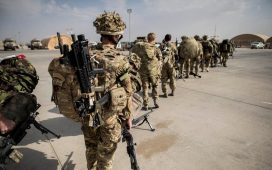