Indian media conglomerate Zee Entertainment Enterprises (ZEE) has registered a strong growth in regional markets, which has helped the company strengthen its position against its rivals in the market including Star India, in the overall TV share across India (entertainment, excluding sports and news genres).

Q. How do you see the performance of ZEE’s network channels pre and post the new tariff order?
PM: Today, ZEE is clearly the largest entertainment network with a market share of 18.5% in the first half of the fiscal. This journey started in the first quarter of FY’18, when we further strengthened our position as a leader. Today, despite the acquisition that happened in one of our competition (Star India’s merger with Disney), which did give them additional 300 basis points of share, we are still ahead in H1 FY’20 (excluding sports). That’s what we are focused on and that’s an obsession for us.

Q. How did you manage this growth?
PM: The starting point for us is always to talk about our market share journey. Basically, it’s all about winning eyeballs market by market. If you break down the entire business, the most valuable thing that people are investing in us is the time they spend with us. And more reach and more time spent means more market share. If you go back three years, we were at 15.7% market share, while the then market leader (Star India) was at 19.3%. This January, we were at 20.2%. So, market after market, we are focusing on winning share. While we continue to be leaders in Marathi, the jump in overall has come on the back of Tamil growing from sub 10% to 20%, Kannada from 22% to 35%, Bengali from 36% to 45%, Malayalam zero to 9.6% (channel was launched last year). So, each of these is where the additional growth is coming from.

Q. You were a late entrant in the Kerala market. How satisfied are you with the performance?
PM: Zee Keralam is the second most successful GEC launch in the last 10 years. Kerala accounts for 4% of the total national market, and if you look at just general entertainment channels, it’s about 2%. But if I get 25% of that market share, that’s half a percentage point of national share, which is not small.

This was a market where we’ve gone in with well-established incumbents for over 26 years. And we were the fifth player. It’s not even been a year and we have almost got a double-digit market share (over 9.6%). We gained significant share from the market leader (Asianet). And what went into it was thrilling because most of our South Indian businesses were built on the back of non-fiction, while this one, we went in with a very strong fiction design. Non-fiction has its positives, but it also has challenges of high cost and that it comes in and goes. Fiction is tougher as you’re trying to wean audiences away when they haven’t even experienced your platform, forget the story. So it’s actually a much tougher stance. But we took that stance because of our belief and deep consumer understanding of the market. I can tell you it’s not a small state, people in UP think of it as a small state, but it is not.

Q. What was the biggest challenge in Kerala?
PM: We knew of the perception that we don’t belong here. Which is why the numbers are even more heartening because we overcame that. I would say it was a perception, I don’t think we should deny that. For us to come in, with fiction, which is so rooted in that culture, with characters and stories and tracks, and the visual look, which is so unique and rooted there, that our fiction started to cut ice. Non-fiction in that sense is actually perhaps more universal, consumer insight driven. And that’s why you see some of these brands travel easily across markets. Fiction, however, has a lot more local aspect to it and that’s why we are really very happy. For me personally, it is the first time I’ve been involved in a GEC launch from scratch. And I feel good about what happened here.

Q. Zee Kannada was trailing behind Colors Kannada. How did you turn that around?

PM: In the Kannada market, we were at 23% market share in March 2017, the market leader there at that time was at 34%. Now, on the back of fiction, we are at 35% market share, while the then market leader is at 24%. Our fiction share in the market, which was at 26%, has grown to 38%. So the learning for me has been, to deeply understand the cultural nuances of the consumers, translate the observations into insights, insights into stories and characters. Easy to articulate, but it is a labour of love. We started working on a new strategy which was focused on deep consumer understanding & insights. And we’ve seen how that’s translated even on an existing platform, where we were perpetually number two or three for over 10 years – to move from 23% to 35%, in less than a year.

Q. So which all channels or markets you see not performing at present?
PM: Telugu is the only market where we have lost a bit of share, but our bigger challenge is &TV and we need to create a place for it. I think the challenge in Hindi GECs is that every channel has to have a place for its own unique differentiator, which is how we are building each of our regional channels. Hindi has one challenge, that it is not one culture that you are addressing.

Q. What about Zee Anmol, which you converted from free to pay. Will distribution revenue compensate for drop in viewership?
PM: Anmol has a place for itself. It is for people who are not buying into the full bouquet. In our country, there are consumers across the socio-economic spectrum. Those who are price sensitive can get access to quality content, which might be one year or two years old, but for them, it’s new. In that sense, it seems like the equivalent of a sachet. We hope that as people experience it, and as they move up the value chain, they will then progress the ZEE brand. That’s why it has reason to exist. It will have its challenges on how much consumption is happening on it. But that’s fine.

Q. Overall, are you happy with the network’s performance?
PM: We’re playing a mix. That’s the power of managing a portfolio. I look into a portfolio that will always have ups and down. It’s just that you have to play the whole piano well, so that the collective still keeps getting better. That’s why we spoke the language of network shares. Last year, 80% of our business grew share. For me, that’s the metric I look at. Yes, there was 20%, which either was flat or lost share. 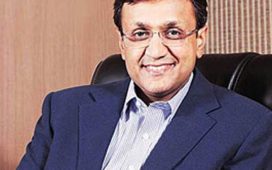 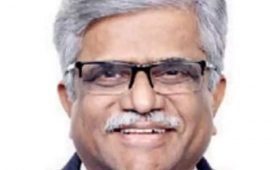 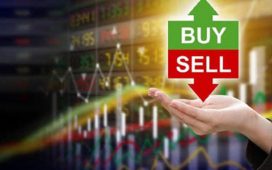 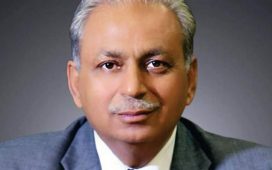 Aware of the need for a turnaround, working on strategy, direction and speed: Tech Mahindra CEO 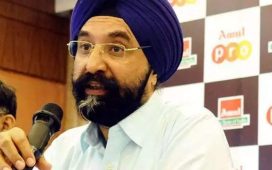 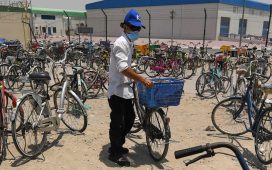