Railway freight transportation company CSX will boost investments in container yards in an attempt to address the supply chain crunch caused by logjams at ports and warehouses.

The Florida-based company on Wednesday said it would invest in 13 overflow container yards at key terminals in order to “create additional storage and capacity”, a decision it said was in response to shortages of truck drivers.

CSX is also partnering with the Georgia Port Authority on its supply-chain relief programme, which will use inland rail yards in order to free truck capacity and reduce congestion at the port terminal.

James Foote, CSX chief executive, said the company was committed to helping its customers overcome current supply chain constraints, would take actions “to keep our network fluid” and find new solutions to enable the delivery of critical goods to millions of Americans.

“We will hire until we have staffed the network to match demand,” Foote said during the earnings call on Wednesday, pledging that the company would bolster its workforce to deal with supply-chain issues.

CSX reported a 24 per cent jump in revenues from a year ago to $3.29bn in the third quarter, thanks to growth across all its business lines and a boost from the recently-completed acquisition of bulk liquid trucking company Quality Carriers. The figure came in ahead of analysts’ predictions of $3.06bn, according to a Refinitiv survey.

Earnings of 43 cents a share topped market forecasts for 38 cents.

Automotive merchandise volume decreased during the three-month period because of lower North American vehicle production caused by the continued shortage of semiconductors.

CSX reported a 23 per cent jump in expenses, owing largely to higher fuel costs for locomotives and trucks. 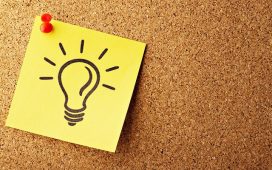 Stock of the Week: RELX