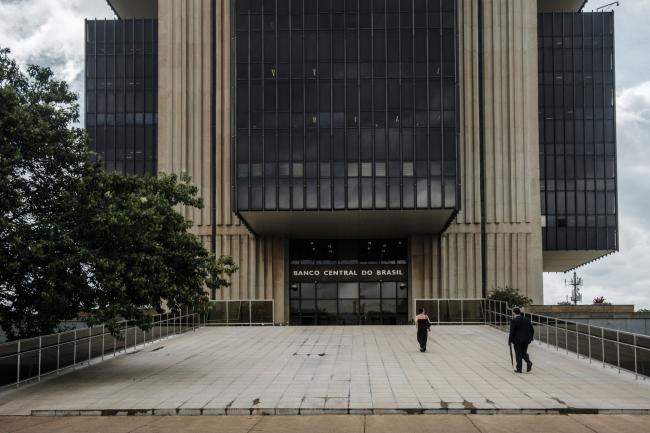 Annual inflation in Mexico slid to the lowest level since the end of 2016, while year-on-year prints in Brazil and Chile came in close to a full percentage point below their respective price targets. Investors see odds of a quarter-point borrowing cost cut in Mexico as soon as its policy decision next week. They are also pricing in as much as a half-point reduction in both Chile and Brazil in September after previous cuts in both countries.

Latin American central bankers are rushing to the aide of economies that have been stung by a global growth slowdown and ripple effects from the U.S.-China trade war, as well as domestic factors including policy uncertainty. They are set to follow peers in Asia, who earlier this week delivered a round of borrowing cost cuts aimed at countering a worsening international outlook.

“All across the region we’re seeing very mediocre growth. The inflation numbers have been very good, either at target or below the target,” said Alberto Ramos, chief Latin America economist at Goldman Sachs (NYSE:). “There’s a synchronized movement toward easing, both in emerging and developed markets.”

A recent tumble in global commodity prices amid worsening trade tensions may help keep a lid on an already-favorable regional inflation outlook. Energy costs in Mexico have dropped for four straight months, while fuel has more recently helped keep consumer prices low in Brazil and Chile.

Meanwhile, Mexico narrowly dodged a recession after eking out 0.1% growth in the three months through June, and weak retail and industrial production in Brazil are putting Latin America’s largest economy on the cusp of its second-straight quarterly contraction. In Chile, the government’s 3.2% growth target has been undercut by a plunge in the price of , which is the country’s main export, as well as by poor consumer sentiment.

To be sure, not all of Latin America is easing monetary policy right now. With annual inflation of 55.8%, Argentina has little chance of lowering the world’s highest borrowing costs, while expectations of steady growth and accelerating inflation are prompting Colombian policy makers to keep rates on hold for now.

Still, the U.S. Federal Reserve’s rate cut last week encourages many Latin American countries to follow suit. Later on Thursday, Peru may lower its borrowing costs in the first reduction in a year and a half.

“Inflationary pressure has been receding at the global level,” said Miguel Ricaurte, chief economist with Banco Itau in Santiago. “It’s opening the door to interest rate cuts in several different economies in the region.”

Disclaimer: Fusion Media would like to remind you that the data contained in this website is not necessarily real-time nor accurate. All CFDs (stocks, indexes, futures) and Forex prices are not provided by exchanges but rather by market makers, and so prices may not be accurate and may differ from the actual market price, meaning prices are indicative and not appropriate for trading purposes. Therefore Fusion Media doesn`t bear any responsibility for any trading losses you might incur as a result of using this data.
READ  ECB policymakers united behind stimulus exit plan in October - minutes

Pull Yourself Up by Bootstraps? Go Ahead, Try It

Boeing asks to give up tax break to avert EU tariffs

Can the coronavirus spread through cash exchanges or live on credit cards?

This Apple Supplier Made One Crucial Mistake – Washington Post

How to Get Rich by Buying a Franchise (Really)