A two-week cyber blackout caused financial headache and social heartache in remote Tonga, but it also forced residents of the Pacific island kingdom to rediscover the art of offline communication.

The sudden internet outage on January 20 brought an abrupt halt to many businesses and cut access to social media — the community’s lifeline to the outside world.

“We had to learn how to talk to each other without internet messaging,” Joshua Savieti, who works in the creative arts, said of the involuntary digital detox.

“We didn’t know anything, what was going on, anything on the news, (or) if there was a cyclone coming.”

It took 13 days to find the fault — a severed undersea cable — and reconnect Tonga, which lies nearly 2,400 kilometres (1,500 miles) northeast of New Zealand.

During the blackout, a small, locally operated satellite service helped maintain limited service, but the speed was a throwback to dial-up days.

To conserve capacity officials filtered out social media, cutting families off from relatives and friends overseas and dealing a blow to companies which operate through Facebook. 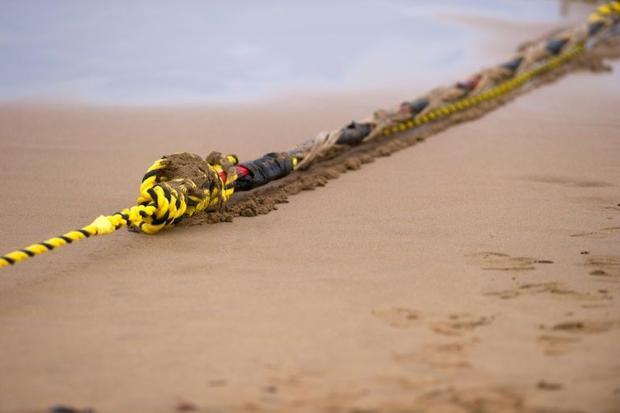 For many of Tonga’s 110,000 residents, it was a wake-up call to how much they have come to rely on the internet in just half a decade since an 827-kilometre underwater fibre-optic cable from Fiji, like this one, was put into service

For many of Tonga’s 110,000 residents, it was a wake-up call to how much they have come to rely on the internet in just half a decade since the 827-kilometre (513-mile) fibre-optic cable from Fiji was put into service.

Some queued for hours to access the satellite service, while others pottered about in their gardens or went out socialising.

“I actually felt that it was pretty good to be forced off the internet and talk to people again, go outside and see what everyone’s up to,” Savieti said.

“There were a lot of people going out during that time, going to the bars … it was so full.”

But the outage did not come as a welcome break for everyone.

“There are areas that are critical and most of them need confirmation of supplies and when the goods are arriving. So things were kind of in the dark and dangerously low some of the stock,” ‘Akau’ola said.

“Definitely there had to be an impact on various operations.”

For Tonga, which relies heavily on international links for daily supplies and vital tourism income, no internet meant serious problems with making and confirming transactions.

“We could not send our shipments because we have to upload documents before they are put onto the plane,” he said.

“We really need that connection. That was the scary part, and we didn’t know how long it was going to be out.”

Several small businesses which use Facebook to publicise their services could no longer take bookings online.

In the capital Nuku’alofa, guesthouse operator Taiatu ‘Ata’ata estimated she lost bookings “worth thousands of dollars”.

And Lee Latu was trying to run a hotel in Vava’u “with no idea if I have bookings needing to be picked up”.

Accountant Caryl Jones said he was unable to file monthly tax returns for his many clients.

“I have clients that email me information, so they were unable to do so. And I have clients who have accounting in the cloud and they couldn’t access their accounting system in order to do it.” 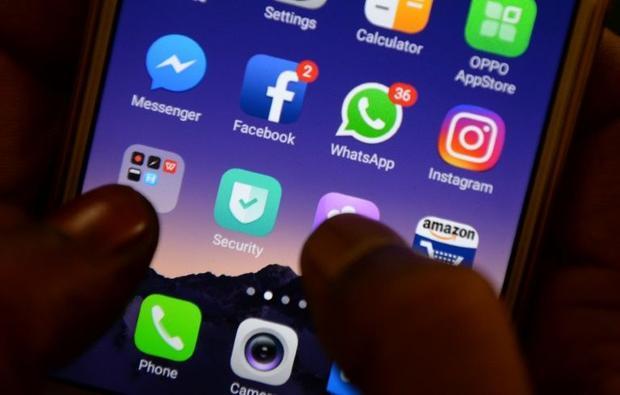 To conserve precious capacity, officials filtered out social media, cutting families off from relatives and friends overseas, and damaging companies which operated through Facebook

When the cable — which joins up with the Southern Cross cable linking Australia, New Zealand, Hawaii and the continental United States — was repaired, it caused fresh problems as people rushed to re-establish contact with family, friends and clients.

At a murder trial in Nuku’alofa, judge Charles Cato had to remind the jury what they were there for, telling them that just because the internet had been restored it did not mean they could use social media while evidence was being heard.

The cause of the break in the cable has not been determined but it is suspected it was cut by a ship dragging its anchor along the seabed.

From Houseparty to Zoom: our digital lives in lockdown

Deal: Switch is offering the iPhone X at RM700 off – SoyaCincau.com