I recall a conversation with a group of Remain campaigners on the day after Leave won the UK’s Brexit referendum in 2016. “This cannot be allowed to stand,” one of them said. They never looked back. The second referendum campaign started that same day.

And it has failed, like the Remain campaign before it. The so-called People’s Vote coalition came close to collapsing last week when its leaders disagreed on the strategy. Should they limit their goal to due process — a second referendum — or should they cut to the chase and go all-out for Remain? This disagreement finds its mirror image in the respective positions of the Labour party and the Liberal Democrats.

It will probably not matter in the end. Prime Minister Boris Johnson has entered this campaign with a strong lead in the polls, a divided opposition and a campaign slogan — “Get Brexit Done” — that resonates with the public mood. I assume, with the usual caveats, that the UK will leave the EU by January 31 with a withdrawal agreement.

So what is the future of the pro-European cause in the UK in that scenario?

I am not as pessimistic as those who predict that this would take a generation. I would look at a timeframe of 10 years. My first advice to pro-Europeans in the UK is not to give up, but also not to start from where Remain left off. Remainers wasted too much energy on negative campaigning and on parliamentary wrecking tactics. The Remain campaign was always ahead in the polls, but couldn’t win when it mattered.

My next piece of advice is not to rely on the old guard: politicians who have left active politics, lobbyists and public relations consultants. A future campaign will have to be different. It will need to draw a younger crowd. It will also need to change its narrative. In the coming decade, there is a good chance that the EU will transform itself into a multi-layered union with the eurozone at its centre. The EU that the UK might eventually rejoin could be a very different beast. There could be different layers of membership by then.

It is also important not to drone on about the single market and the customs union. They are the most useless campaign themes imaginable. Leave that to the lobbyists and the economists. Do not switch from Project Fear to Project Hope. The EU’s most important fields of activity are indeed economic. But one mistake of the 1975 referendum was to portray the EU as a common market. It was never that.

There is space for utility-based reasoning, but of a different kind. Europeans have common interests; they can derive material benefits from unity, such as an ability to withstand economic sanctions. (I have made a foreign policy-based argument in favour of the euro.) As a future member, the UK could have a role in helping the EU define its joint interests with greater clarity.

Pro-Europeans should remember that time is on their side. A referendum to rejoin will not be held for a while. When it happens, more young people will have joined the electoral rolls. The voting age may be lower. EU citizens resident in the UK might get a vote.

The reality of Brexit will be known by then. Whatever people had hoped to achieve through Brexit, they will probably not get. The sense of discontent that gave rise to Brexit will still exist. It might even turn against Leave’s architects.

Brexit is a national identity crisis. Any pro-EU campaign will need to focus on identity. The 2016 Remain campaign avoided identity politics like the plague, which was a bad miscalculation. By presenting the arguments in terms of a cost-benefit analysis, they acted like Oscar Wilde’s cynic: the man who knows the price of everything and the value of nothing.

To its credit, the People’s Vote campaign at least started to nurture a sense of Europeanness among those who attended its marches, and a sense that there is something more important to be lost from Brexit than merely trade revenues. It came too late to reverse Brexit, but not too late for a new start.

That may not be much of a consolation to the campaigners who spent almost four years in a battle they will probably end up losing. But the Brexit wars will continue for a long time after that. And the real pro-European campaign has yet to start in the UK.

Powell says recovery can be 'fairly quick,' 'robust' but Fed in no hurry to pull back aid 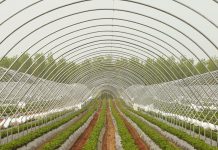 Coronavirus: Record number of people looking for farming jobs after campaign to ‘feed the nation’ 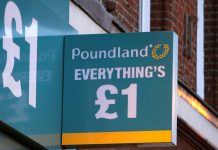 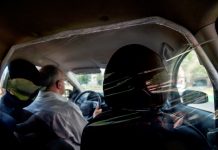 Is Uber too big to fail?

Another 6.6M Americans file for unemployment benefits as layoffs show no letup 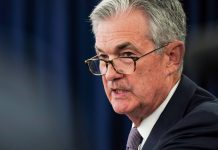 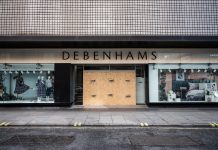 Debenhams goes into administration putting thousands of jobs at risk 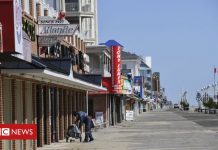 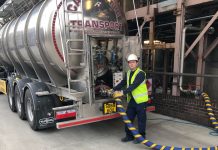 Chipotle customer bit into metal nail in his burrito, chipped a tooth: Report