Sign up to myFT Daily Digest to be the first to know about UK business & economy news.

England’s defence workers, refuse collectors, tax office staff and prison warders have been added to the list of those eligible to go to work even if “pinged” by the Test and Trace app as long as they undergo daily Covid tests.

The government on Monday expanded the number of daily testing sites across the country in a bid to reduce the need for essential workers to self-isolate and so reduce growing staff shortages.

Last week, the UK government said that workers within food-related industries such as supermarket depots would be permitted to access a new daily testing scheme, regardless of their vaccination status, to avoid them having to self-isolate for the generally required 10 days if exposed to infection.

This list was later expanded to include other workers deemed essential, including border forces, after growing criticism from unions and industry on the continued impact of people being forced to stay off work.

Announcing the changes in a statement on Monday evening, The Department of Health and Social Care confirmed that there would be a total of 2,000 testing sites across England. Workers in sectors ranging from energy, chemicals and telecoms to veterinary medicine and HM Revenue & Customs would be given priority access at 1,200 added facilities, the department said.

The latest guidance follows concerns that the high numbers of staff having to self-isolate after being contacted by NHS Test and Trace was having a detrimental impact on the running of essential sectors such as emergency services and transport.

According to the latest NHS figures, in the week up to July 14, nearly 620,000 people in England and Wales were asked to self isolate.

Industry leaders had warned that despite the additional government support, many sectors were struggling to mitigate the impact of staff shortages.

Meanwhile, over the weekend, reports emerged in the Telegraph, that union leaders discussed strike action and encouraged members to stay at home if faced with the risk of getting infected in the workplace, amid concerns over safety.

Ministers argued that the latest guidance would enable workers to do their jobs safely while helping to contain the spread of the virus. 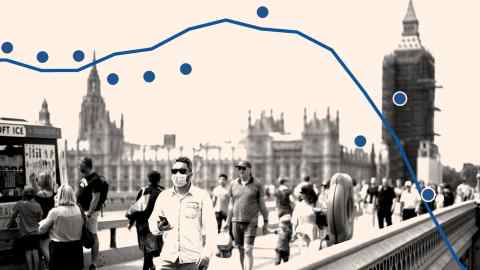 “Whether it’s prison guards reporting for duty, waste collectors keeping our streets clean or workers in our energy sector keeping the lights on, critical workers have been there for us at every stage of this global pandemic,” said Sajid Javid, health secretary.

“As we learn to live with the virus, we will keep doing everything in our power to break chains of transmission and stop this virus in its tracks,” he added. “Daily contact testing will play a vital role in this, helping minimise the potential for disruption caused by rising cases, while keeping staff protected.”

The latest changes in guidance came as the UK on Monday recorded 24,950 new coronavirus infections, marking the sixth day in a row that daily cases have fallen.

Despite the promising data, Downing Street urged caution. “The prime minister thinks we’re not out of the woods yet,” a spokesman for Boris Johnson said, noting that the impact of the final lifting of restrictions on July 19 had not yet been reflected within the data. 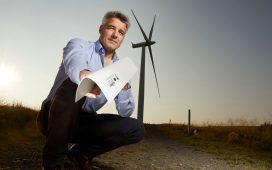