Local investors zero in on startups in Kerala – Times of India

Kochi: The rising interest in the startup ecosystem in the state has led to the growth of a new breed of home-grown platforms that are grooming traditional businessmen and other High NetWorth Individuals (HNIs) as potential investors.
These facilitator platforms, floated as not-for-profit entities, do not invest in startups but are actively building the understanding of venture investing as an asset class, providing their members access to a curated list of startup founders who do the pitch.
Malabar Angel Network (MAN), a business division of Malabar Entrepreneurship Innovation Zone (Mizone), based in Kannur, the first such platform in the state, has already invested in five startups in the state. SmartSparks, based in Kozhikode, has made three investments so far and has already charted a blueprint of growth through adoption of technology that would facilitate virtual collaboration between founders and investors. Now, a group of traditional businessmen based in Kochi have come forward to set up Creative Angels, promising seed funds to early stage startups.
“When I came here, there were lot of interesting entrepreneurs but no funding model. People had to go to cities like Bengaluru and Mumbai and make funding pitches. This was pretty expensive, and many startups withered away because they could not scale up or sustain,” said Shilen Sagunan, chairman, Mizone. An aerospace engineer who served ISRO and an alumna of IIT-Mumbai, Sagunan’s startup Arbitron was acquired by Nielson in 2013.
“What we have found is that unless you create a local investment ecosystem it is not sustainable,” he said. Some startup founders also had to face unscrupulous investors who stole ideas and even intellectual property.
“There is a certain formula to be followed from a startup perspective if the investment is to be sustainable. Fundamentals were missed, resulting in investors taking a large amount of share,” said Sagunan. Malabar Angels, interestingly, began by investing in a fishing boat.
“There was a fisherman from north of Kannur who wanted to buy a boat, which costs around Rs 45 lakh. We told him we would fund him but then he would have to deposit the returns with CFO, who would decide on financials,” said Sagunan, adding that the experiment was a success with all stakeholders getting return of investment.
“We have got around 20 active investors and the network has around 150 people. Most of them have not burned their fingers yet. Its not a typical model and we are also brutally honest about the risks,” said Sagunan.
MAN has been registered as a Section 8 company and they do not influence the investment decisions. “The investors can invest and make money. The system cannot take any dividend out and it would be a deal between an individual investor and startup,” said Sagunan.
“Right now, I am looking at scaling up SmartSparks. So far, all our pitching sessions have been in a room where the founder comes in and pitches directly to the investor. Now, I believe that we have reached a stage where it can happen virtually,” said Vinay James Kynadi of Alphabay Innovative Venture which promotes SmartSparks.
SmartSparks in association with London Business School Alumni Angel Network is developing a mobile app that would facilitate virtual pitching by startup founders.
“It’s not just investment that we are looking at. I have an experience of 22 years in business. We will be providing new entrepreneurs with mentoring support and reduce the rate of failure,” said Baiju Nedumkeriyil, the brain behind Creative Angels. In the first meeting, Creative Angel had around 35 people. “A secretariat has been formed, we are collecting a membership fee which would be used for our programmes,” he said. 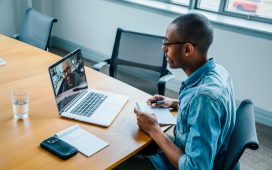 3 Remote Opportunities For Your Business 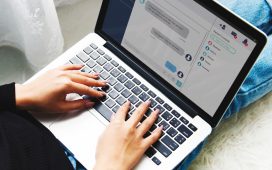 Solve Your Travel-Related Problems with The Help of Chat Rooms 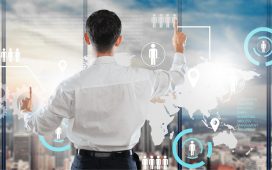 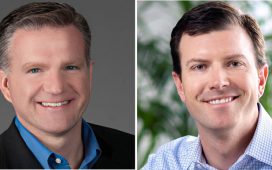