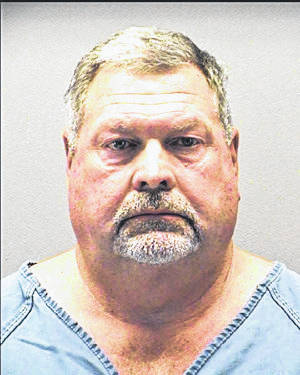 MONTGOMERY COUNTY — A local man was one of five men arrested by the Montgomery County Regional Agencies Narcotics and Gun Enforcement task force for alleged involvement in an internet prostitution sting.

Louis Moran, 59, of Troy, was one of the five men arrested Monday afternoon.

According to its Facebook page, the Montgomery County R.A.N.G.E. Task Force conducted an internet prostitution sting, as part of an ongoing human trafficking investigation. The operation was focused on prostitution-related advertisements that were posted on various internet websites. Undercover detectives arrested five individuals during the sting for prostitution-related charges.

According to Det. Victoria Dingee, all five of the men arrested in Monday’s bust were soliciting a subject for sex acts in exchange for money. Dingee said the defendants used their cell phones to access the internet to make deals with the prostitute for sex. Dingee said the task force often arrests subjects who claim it’s their first time soliciting or those who are labeled “mongers” or “hobbyists.”

While no further details were available in regards to Moran’s role in the sting, Det. Dingee said Moran was cooperative with authorities.

The four other men arrested were from the Dayton area include Hans Basora, 30; Larry Brown, 59; John Frantz, 70 and Delaena Kalevor, 36. All were arrested and charged with suspicion of soliciting and criminal tools charges.

This matter remains under investigation by the Montgomery County R.A.N.G.E. Task Force, according to its site.

5 Edtech startups that are transforming the education ecosystem in India – The Asian...

Cops: Woman made threats on Facebook Live to shoot kids who bullied her son...