Warehouse robotics startup Locus Robotics today announced it has raised $40 million, the bulk of which will be put toward accelerating R&D and the company’s expansion into new markets, including in the EU, where it opened a new headquarters. CEO Rich Faulk says Locus also intends to launch strategic reseller partnerships throughout 2020, following a year in which its number of customer deployments passed 50.

Worker shortages attributable to the pandemic have accelerated the adoption of automation. According to ABI Research, more than 4 million commercial robots will be installed in over 50,000 warehouses around the world by 2025, up from under 4,000 warehouses as of 2018. In China, Oxford Economics anticipates 12.5 million manufacturing jobs will become automated, while in the U.S., McKinsey projects machines will take upwards of 30% of jobs currently performed by workers.

Locus’ autonomous robots — LocusBots — can be reconfigured with virtually any tote, box, bin, or container or with peripherals like barcode scanners, label printers, and environmental sensors designed to expedite order processing. They work collaboratively with human associates, minimizing walking with a UI that recognizes workers’ Bluetooth badges and switches to their preferred language. On the backend, Locus’ LocusServer orchestrates multiple robots such that they learn efficient travel routes, sharing the information with other robots and clustering orders to where workers are. As orders come into warehouse management systems, Locus organizes them before transmitting back confirmations — providing managers real-time performance data, including productivity, robot status, and more. 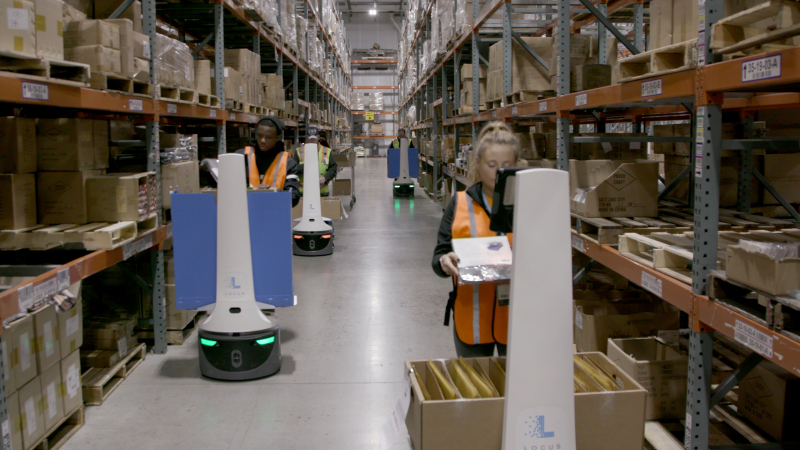 When new LocusBots are added to the fleet, they share warehouse inventory status and item locations. Through LocusServer, they detect blockages and other traffic issues to improve item pick rates and order throughput. Locus’ directed picking technology actively directs workers to their next pick location, letting them pick their own pace while optionally accepting challenges through a gamification feature that supports individual, team, and shift goals plus events and a mechanism managers can use to provide feedback. In addition, Locus’ backend collates various long-tail metrics, including hourly pick data, daily and monthly pick volume, current robot locations, and robot charging levels.

Locus offers a “robot-as-a-service” program through which customers can scale up by adding robots on a limited-time basis. For a monthly subscription fee, the company sends or receives robots to warehouses upon request, and it provides those robots software and hardware updates, in addition to maintenance.

Locus claims that its system — which takes about four weeks to deploy — has delivered a 2 to 3 times increase in productivity and throughput and 15% less overtime spend for brands that include Boots UK, Verst Logistics, Ceva, DHL, Material Bank, Radial, Port Logistics Group, Marleylilly, and Geodis. “COVID-19 has dramatically accelerated trends that have been taking shape over several years in the logistics market, including the movement to collaborative robotics to deal with the labor crisis,” Faulk told VentureBeat via email, adding that the company’s annual recurring revenue increased 300% in 2020 year-over-year. “Our pipeline is expanding weekly with major global brands needing to automate prior to peak season to address the labor gap they will face this year.” 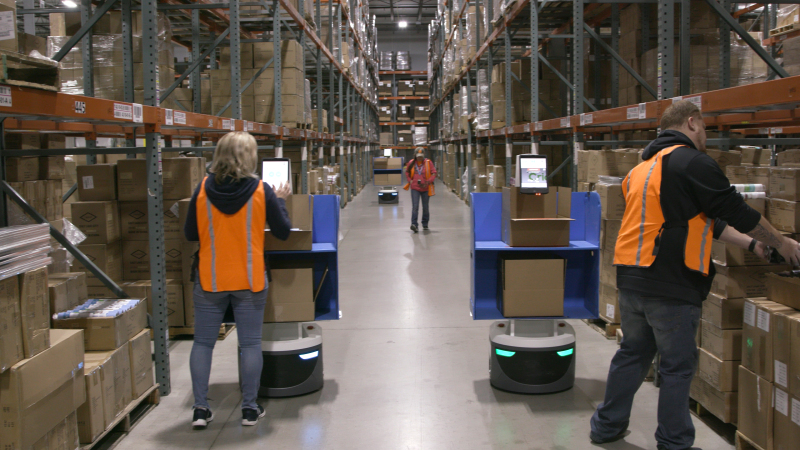 Zebra Technologies’ Zebra Ventures led this series D investment in Wilmington, Massachusetts-based Locus, with participation from existing backers that include Scale Venture Partners. This round brings the Quiet Logistics spinout’s total raised to over $105 million as it looks to expand its workforce from more than 120 people to 200 by 2021. 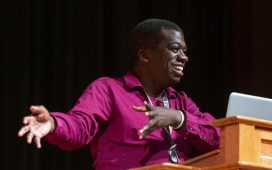