LOS ANGELES–(BUSINESS WIRE)–Today, the Mayor of London and Chair of C40 Cities, Sadiq Khan, visits the Los Angeles Cleantech Incubator (LACI), alongside the Mayor of Los Angeles and previous Chair of C40, Eric Garcetti, to showcase how the two cities are working together to tackle the climate emergency and air pollution by delivering zero emissions vehicles.

This is the last day of the Mayor of London’s four-day trip to America to support London’s economic recovery from the pandemic and promote the capital to international visitors.

This is the Mayor’s first major international visit since the pandemic started and represents a significant milestone in his work to promote London to tourists, businesses, entrepreneurs and students.

At LACI, the Mayor will be shown a variety of zero emissions vehicles showcasing some of the innovative work happening in Los Angeles and will meet with representatives from local organisations and the local community. LACI’s Transportation Electrification Partnership – which includes LA Mayor Eric Garcetti, CARB Chair Liane Randolph, as well as nearly 30 other public and private members – has set bold targets to achieve by the time of the 2028 Olympic Games via policies, pilots, and collaboration. Members of the Transport Electrification Partnership (TEP) and LACI entrepreneurs will share their innovations to bring EVs to low income neighbourhoods, as well as participants in LACI’s middle school girls program who imagined ways to convert school buses to all electric vehicles.

Founded as an economic development initiative by the City of Los Angeles and its Department of Water and Power, LACI is a non-profit recognized as one of the most innovative business incubators in the world by UBI.

The climate emergency is one of the biggest global threats today. Despite improvements over the last few years there is only a small window of opportunity left to reduce carbon emissions. Inclusive climate action in cities is the key to fight climate change and deliver a green and just recovery.

The Mayor of London and Chair of C40 Cities, Sadiq Khan, said: “When it comes to tackling air pollution and the climate emergency I’m clear that cities like London and Los Angeles have a responsibility to act – we have to be the doers and not the delayers. That’s why I’m using my role as Chair of C40 Cities to focus on how cities around the globe can unite in this cause.

“I am delighted that there are now over 10,000 electric vehicle publicly available charging points for Londoners to use, a significant milestone for London – and we don’t plan on stopping there.”

“Visiting LACI, it is obvious that our cities share many of the same challenges and ambitions in reducing emissions and improving air quality. Today I’m joining forces with Mayor Garcetti and the city of Los Angeles to help tackle the climate crisis by sharing best practice and learning from each other’s experiences. I’m looking forward to building on this important work in July when cities from across the globe attend the International Climate and Air Quality Solutions Summit which I’ll be hosting in London.

“The cost of inaction, to our economies, livelihoods, environment and the health of Londoners and Angelenos is far greater than the cost of transitioning to net zero – we simply don’t have time to waste.”

The Mayor of Los Angeles, Eric Garcetti, said: “As Mayors, we know the impacts of climate change extend far beyond our city boundaries – and can only be solved with solutions that treat this crisis as the global challenge that it is,” said Los Angeles Mayor Eric Garcetti. “Cities are leading the way to make this decade one of exponential climate action, and Los Angeles and London are working together to advance our shared vision for cleaner air, lower emissions, and healthier communities.”

Matt Petersen, CEO of Los Angeles Cleantech Incubator (LACI) said: “We are honored to host Mayor Khan today to learn more about London’s leadership with pollution pricing to get polluting diesel cars and trucks off the road, and to kick off our Transportation Electrification Partnership annual retreat,” said Matt Petersen, LACI CEO and TEP Chair. “While focused on accelerating progress toward transportation electrification here in Greater Los Angeles, we have so much to learn from other regions as we advance solutions in partnership with cities like our EV car share for disadvantaged communities and Zero Emissions Delivery Zones in Santa Monica and Downtown Los Angeles.”

The visit takes place further to C40’s of its Global Green New Deal programme, first launched by Mayor Garcetti in 2019 and significantly expanded by Mayor Khan, with millions of pounds of additional investment being channelled into green jobs, skills and infrastructure.

London and Los Angeles share many of the same challenges in terms of tackling emissions and air quality, and both cities are already taking action, and making progress.

In London, Sadiq Khan has launched and then expanded the Ultra Low Emission Zone (ULEZ) to an area twice the size of Paris, rolled out a ULEZ compliant bus fleet and delivered more than over 5,000 zero emission capable black taxis.

London’s fully ULEZ compliant bus fleet (c 9,000 buses), is cutting bus-related NOx emissions by 90%. There are now 800 zero emission buses on London’s roads, making it the largest zero emission fleet in Western Europe. The capital’s work to switch to zero emission fleets is part of a wider strategic approach to support modal shift – with 80% of all journeys to be walked, cycled or taken on public transport by 2041.

Like London, Los Angeles is leading the continent in climate action with more electric vehicle charging stations and more electric vehicles than any city in the United States, including a first-of-its-kind electric car share program that provides 100% electric vehicles to low-income communities. In 2021, LACI launched the first Zero Emission Delivery Zone in the nation. The City of Los Angeles has also led the way with the electrification of its own fleets. In 2017, Mayor Garcetti led the LA County Metropolitan Transportation Authority (Metro) to adopt a goal of full conversion to zero emission buses by 2030, the most ambitious goal of any large American transit agency. The City of L.A. has committed to a 100% zero emission city fleet and city bus fleet by 2028 and in 2020, the Los Angeles Department of Transportation placed the largest single order of zero emission buses–155– in U.S. history.

In Los Angeles, Sadiq Khan will highlight the importance of sharing learnings and challenges as cities work together to fight climate change, tackle air pollution and accelerate the delivery of zero emissions vehicles. The Mayor will also host the International Climate and Air Quality Solutions Summit in London in July alongside C40 and the World Health Organization. This will be another opportunity for cities to continue to collaborate on this important work.

Sadiq Khan is using his time as Chair of the C40 network to strengthen the role of cities in tackling the climate, nature and air pollution crises. C40 represents over 700 million people and a quarter of the global economy – equivalent to the GDP of the USA.

The Mayor is clear that climate change and filthy air is a matter of social justice, and the poorest and most vulnerable older and younger groups will be hit the hardest in London and in Los Angeles. Poverty, deprivation, and health inequalities reduce people’s ability to prepare for, respond to, and recover from overheating, flooding incidents or poor air quality.

The world-leading action Sadiq has already taken on air pollution will reduce the number of air quality-related hospital admissions by 1 million by 2050, helping save the NHS and social care system £5 billion. Despite this, if no additional action is taken to reduce air pollution beyond these existing policies, around 550,00 Londoners would develop diseases attributable to air pollution over the next 30 years. 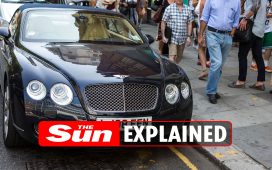 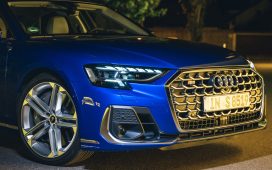 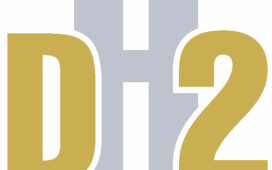