London’s fire chief, Dany Cotton, has announced she is standing down four months earlier than planned, following criticism over her service’s response to the Grenfell Tower disaster.

Ms Cotton, who was London fire commissioner at the time of the June 2017 blaze, had planned to retire in April 2020. But the London Fire Brigade announced on Friday it had agreed to bring the date forward “in consultation with City Hall”.

“Throughout my 32 years of service I am proud to have stood shoulder to shoulder with the firefighters, control staff, officers and fire and rescue staff who have maintained that dedication and professionalism,” she said.

The London Fire Brigade said Ms Cotton’s departure had been brought forward to “enable a timely handover” to the next commissioner, as the fire service responds to the recommendations of the Grenfell Tower inquiry.

Sadiq Khan, London mayor, said “this decision is the right one”.

Ms Cotton had faced calls for her resignation after a public inquiry into the Grenfell Tower fire — in which 72 people died — found the brigade’s preparation had been “gravely inadequate”.

Incident commanders had not been trained in how to deal with cladding fires, according to the report by Martin Moore-Bick, and firefighters could have saved lives by evacuating the building almost an hour earlier. Residents had been told to stay in their flats during the blaze, in keeping with a nationwide policy.

The report also concluded that cladding on the Grenfell building did not comply with fire regulations and had “promoted” the spread of the fire.

The release of the Mr Moore-Bick’s highly critical report in October prompted survivors to call for Ms Cotton to step down immediately.

“This change in leadership is needed to keep Londoners safe,” it said in a statement. “Sir Martin Moore-Bick raised serious concerns that the London Fire Brigade was an institution at risk of not learning the lessons of Grenfell.”

Ms Cotton said after the report’s release that the inquiry “had no expert evidence” to show fewer people would have died if the building had been evacuated earlier.

The Fire Brigades Union also rejected the finding that it would have been safe to evacuate the building, and said in October the inquiry had been wrong to “prioritise scrutiny of firefighters” over other issues.

“The true culprits of the fire are those who wrapped the building in flammable cladding, who gutted the UK’s fire safety regime, who ignored the warnings from previous fires, and who did not hear the pleas of a community worried for their safety,” said Matt Wrack, the union’s general secretary. 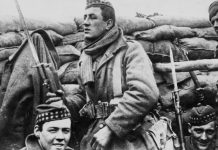 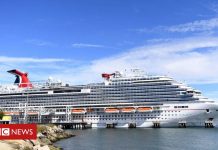 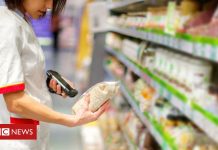