London's Crossrail puts back opening to March 2021 at the latest 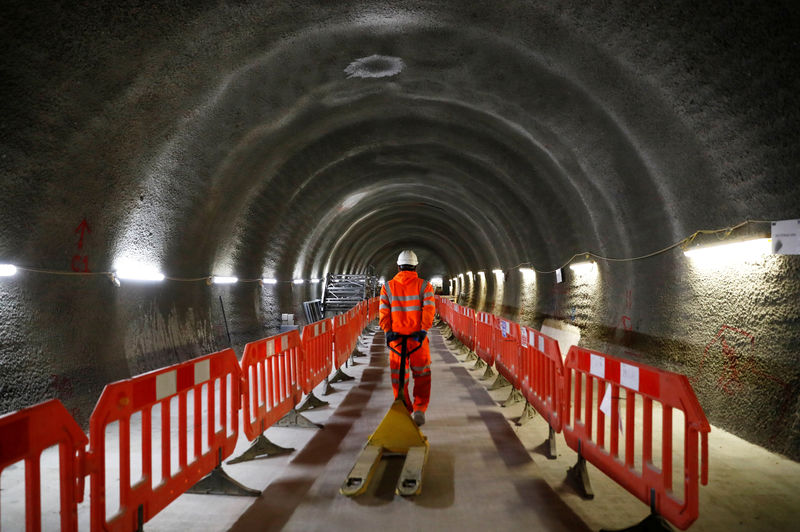 © Reuters. FILE PHOTO: A construction worker drags a trolley down a tunnel at the site for the new Crossrail station in Tottenham Court Road, in London

Billed as Europe’s most ambitious infrastructure project, the line, which runs under the capital, was supposed to open in December 2018, but was delayed shortly before the launch by problems with testing and the completion of signalling work.

When open, the Elizabeth Line, as the link has been named, will connect destinations such as Heathrow west of the city with the rail hub of Paddington, shopping districts such as Bond Street, Canary Wharf in the east, and beyond.

It is expected to carry about 500,000 passengers a day and alleviate pressure on the Victorian-era metro (subway) network, the Underground or Tube. An initial budget of around 15 billion pounds ($19 billion) has risen to 17.6 billion pounds.

“Crossrail is an immensely complex project and there will be challenges ahead,” new chief executive Mark Wild said. “This new plan will … allow this fantastic new railway to open around the end of next year.”

Among the remaining tasks are building and testing the software to integrate the train operating systems with signalling systems; testing station and tunnel systems; and running train trials.

Crossrail said it had identified a six-month window, with a midpoint at the end of 2020, for it to open the central section of the line between Paddington and Abbey Wood to the east of London. All stations on the route will open apart from Bond Street, which has further problems.

Once the section has opened, trains will run on the whole line as soon as possible. Crossrail will also provide more specific estimates as the line gets nearer to completion.

Crossrail’s chairman said he knew it needed to rebuild trust with its stakeholders after the lengthy delays.