Astronomers have observed Mercury as best we could from Earth for millenia, but its proximity to the sun has made it difficult to see the fast little planet aside from at sunrise and sunset, when the glare of the sun doesn’t drown it out. But thanks to that same nearness, we often get to see a kind of cool event occur: a transit.

A transit is when Mercury passes across the surface of the sun, appearing as a little black dot in the midst of that orange furry. They occur 13 times each century, and mark your calendars, because Nov. 11, 2019 will be the next time we’ll get to see it happen.

We’ve sent two spacecraft to Mercury so far: Mariner 10, in 1973, and MESSENGER (that stands for Mercury Surface, Space Environment, Geochemistry and Ranging), in 2004. Both were ultimately successful in beaming back information about the planet closest to the sun.

NASA’s Mariner 10 was a flyby mission; it actually flew by Venus on its way to Mercury, using one of those gravity assists to help it swing around. It passed Mercury three times, photographing about half of the planet’s surface in the closest photos we had at the time, revealing all those craters. We also got information on the composition of the planet, learning about Mercury’s intensely dense metallic core (making it the second more dense planet, following Earth) and magnetic field.

Mariner also took the planet’s temperature, revealing the highs and lows. While some had assumed that Mercury might be the hottest planet because of how tight it was into the sun, Venus would take that honor thanks to its thick atmosphere that absorbed the heat and wouldn’t let it escape into space. Mercury, remember, has no atmosphere to keep in heat or protect it from meteor strikes.

We finally got the entire picture of the planet from NASA’s MESSENGER mission. This spacecraft went into orbit around Mercury in 2011 and stayed for four years, mapping the surface and studying the planet’s interior and magnetic field.

From MESSENGER, we learned that Mercury does have volcanic vents that once spewed lava, covering up some of the older crater impacts and creating the cliffs and valleys of the planet’s surface.

We also found out interesting information about what was going on under the surface. Mercury has a gigantic core for a planet its size; scientists had previously hypothesized that its core was smaller, meaning that it would have cooled down and be solid at this point, so long after the creation of the planet. But additional observation brought on by this discovery had scientists concluding that Mercury’s core is still raging on beneath the surface, with some liquidity evident.

This information allows us to understand more about the generation of Mercury’s magnetic field and how the planet itself has changed over time.

So that’s it — two spacecraft visits have made up the entirety of Mercury exploration, making it the least explored of the terrestrial (those planets that have a ground you can walk on) worlds. But we’re going to be learning a lot more soon. The European Space Agency in conjunction with the Japan Aerospace Exploration Agency launched BepiColombo, a spacecraft containing two science orbiters meant to work in tandem in making new measurements of Mercury. That will double the number of probes gathering data on Mercury, though it’s not expected to reach orbit until 2025.

Plenty of challenges still await the spacecraft; it’s difficult to put an object into orbit around Mercury because of its proximity to the sun (just ask Mercury’s nonexistent moons), but with any luck, we’ll be learning more about the evolution of the surface of Mercury, its internal structure, and answering the question of if there is ice hidden deep in the craters of those northern and southern poles.

LOOKING UP THIS WEEK — Just before sunrise is your best opportunity to see a bright Mercury all year. You’ll also find a bright Venus and Jupiter in the eastern sky at dawn. In the evening, Mars is continuing to grow dimmer as it heads west, and Saturn will be fading out of our nighttime sky this week.

A dose of good news: Inspiring stories you may have missed – Enterprise News 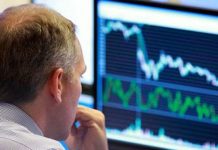 Discover key reasons behind the spread of online trading – TechCentral