Los Gatos is looking for a firm to lead a study and create a developer fee program to help reduce traffic and vehicle emissions as the town grows.

The Transportation Fee Impact Study will determine how much developers have to pay to fund projects that streamline traffic and encourage residents to use alternative transportation like bikes and public transit, Public Works Director Matt Morely said.

“As we see development or redevelopment in Los Gatos that changes the traffic or transportation dynamic, we’ll be ready to implement projects because we have a source of funds to be able to pay for those projects,” Morley said. “It goes to that development paying their own way for their impact on the town.”

For instance, if a developer wanted to tear down a local grocery store to put in apartments, traffic traveling to the next-closest grocery store would increase. The developer would have to pay a fee that would go toward improving traffic flow and reducing the number of cars on the road..

“One of the biggest concerns in Los Gatos, one of the highest priorities in town council, has always been traffic and managing traffic,” Morley said. “So having the ability for a development … to pay their way, to mitigate the impact of that development, is super important so that we can keep things going.”

Traffic from By Area residents driving to the beach has caused some frustration locally, but Morely said it’s unlikely that the transportation impact fee would go toward mitigating that traffic flow.

“The study informs development in Los Gatos,” he said adding that beach traffic “is a regional issue, so it would be part of a wider plan.”

The study is meant as a guide for how much the town will charge in development fees.

“The developers have the opportunity to provide input along the way, and it provides the backup along the way so we’re not doing something that is sort of random,” Morley said. “It’s got data behind it,”

The town is using $150,000 generated from its previous Traffic Impact Mitigation Fee program to pay for the new study. The program undergoes an update every seven to 10 years.

This study comes as Los Gatos prepares to update its General Plan, which provides a framework for the town’s growth and development for the next 20 years.

Proposals are due on Jan. 21, and will be presented to town council for consideration. If adopted, the Transportation Impact Fee Program will replace the Traffic Impact Mitigation Fees at the end of the calendar year. 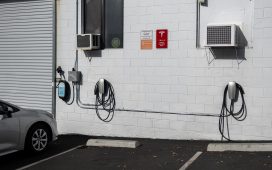