Lululemon is acquiring the in-home fitness company Mirror for $500 million, the retailer announced Monday, marking its first acquisition with a bet that more people are going to be pivoting to exercise at their homes.

Lululemon shares were up almost 4% in after-hours trading.

Following the closing of the deal, Mirror will run as a standalone company within Lululemon, and its current CEO, Brynn Putnam, will continue as Mirror’s CEO, reporting to Lululemon Chief Executive Calvin McDonald, the companies said.

The deal, which will be paid for in cash, is expected to close in the second quarter of fiscal 2020.

Lululemon first invested $1 million in Mirror in mid-2019. Mirror, which launched in 2018, had raised $72 million from investors to date.

The business offers live classes weekly through its wall-mounted mirror device in addition to on-demand workouts and one-on-one personal training sessions. Its mirror retails for $1,495, and subscribers pay $39 per month to stream the classes.

Mirror is seen as a competitor to other at-home workout equipment makers including Peloton. Many former gym users have flocked to these devices during the coronavirus pandemic, with fitness studios forced shut to try to curb the spread of Covid-19.

When Peloton reported earnings in May it said it sales for the latest quarter had surged 66% from a year ago to $524.6 million. The company said it ended the quarter with a connected fitness subscriber base of more than 886,100 people, up 94% year over year.

Mirror, meantime, currently has “tens of thousands” of users.

In 2019, Lululemon detailed its three-fold vision to be a brand that doesn’t just sell clothes like leggings and sports bras, but that encourages people to sweat more.

“The acquisition of Mirror is an exciting opportunity to build upon that vision,” McDonald said Monday. He added that the fitness company expects to do more than $100 million in revenue this year, and it will either break even or be slightly profitable in 2021.

“In itself it is a revenue business … and we know that we can continue to grow that,” McDonald explained in an interview with CNBC’s Sara Eisen. “We see an entirely new model for incremental business.”

He also thinks the deal could help Lululemon sell more of its workout clothing to men and women, though that is not the main goal.

“It’s not an acquisition simply to sell more apparel,” he said. “We think that will be a byproduct.”

Lululemon, like many retailers, has taken a hit from the pandemic.

Lululemon shares are up about 26% this year. It has a market cap of about $38.3 billion. 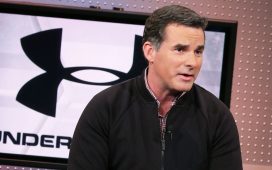 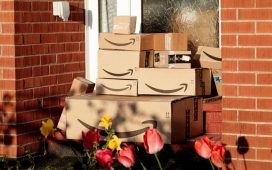 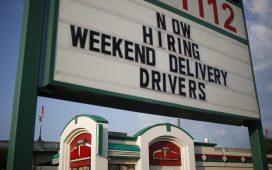 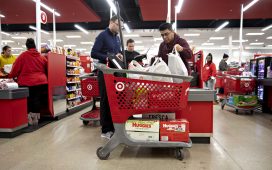 Target joins Walmart in staying closed for Thanksgiving this year