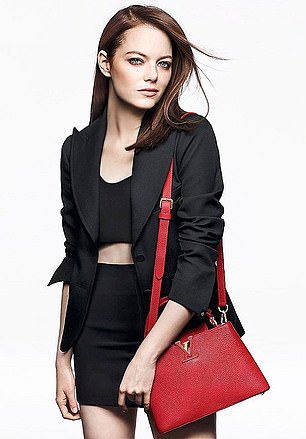 THE group behind Moet & Chandon champagne, Louis Vuitton and Dior said it was ‘cautiously confident’ for 2020 as it hailed record sales of £45billion in 2019.

LVMH, the world’s biggest luxury goods conglomerate, said sales rose by a tenth last year and net profits were up 13 per cent to £6.1billion. Fashion and leather goods were particularly popular, growing by 17 per cent, while wines and spirits, including Hennessy, and its cosmetics brands also performed well. But annual sales growth slowed in the fourth quarter to 8 per cent.

LVMH also faces a hit to sales as the Government in China, its biggest and fastest-growing market, restricts movement in an attempt to halt the spread of the coronavirus.  It said: ‘In an uncertain geopolitical context, LVMH is well-equipped to continue its growth momentum across all business groups.’

Louis Vuitton, whose bags are modelled by Emma Stone, remains its most important brand, bringing in more than 40 per cent of operating profit, according to analysts.

The firm’s widespread portfolio has allowed it to weather the global trade war and political unrest in Hong Kong, where many Chinese shoppers go to buy high-end goods.

Last year LVMH also doubled its jewellery business with its £12billion takeover of US brand Tiffany and Co.

Shares in the group, which is listed on the Parisian Euronext stock market, have risen 60 per cent in the last year to nearly €412 (£350) last night.

The monumental rise increased the value of the 47 per cent stake held by chairman and chief executive Bernard Arnault, already one of the world’s richest men, by close to £74billion last year.

Its current share price values the business at £172.5billion.

LVMH said it will propose a dividend of €6.80 per share, an increase of 13 per cent, at the annual general meeting in April.

Smith & Nephew may make another bid for Wright Medical

HAMISH MCRAE: Another nail in cash's coffin… and this time it comes from Facebook