The M.I.T. Media Lab, an unconventional research center at the Massachusetts Institute of Technology, has been under scrutiny since August, when its financial ties to the convicted sex offender Jeffrey Epstein became public. Now researchers who worked at the lab say that one of its high-profile scientific projects was promoted with misleading claims.

At the center of the project — the Open Agricultural Initiative, called OpenAg for short — is the development of a device known as a personal food computer, a high-tech, climate-controlled mini greenhouse meant to allow crops to thrive in thin air, without soil or sunlight.

The project is led by Caleb Harper, an architect listed as a principal research scientist on the Media Lab website. Advisers for OpenAg have included Nicholas Negroponte, a co-founder of the Media Lab, and Joichi Ito, who was the lab’s director from 2011 until this month, when he resigned under pressure after the disclosure of his efforts to conceal his financial connections to Mr. Epstein, the financier who killed himself last month after being indicted on federal sex-trafficking charges.

Four researchers who worked on OpenAg said in interviews with The New York Times that Mr. Harper had made exaggerated or false claims about the project to its corporate sponsors, a group that included the retail giant Target, as well as in interviews with the news media.

Mr. Harper, the project’s leader, came to prominence with a 2015 TED Talk in which he made the case for the food computer. That lecture has racked up more than 1.8 million views on YouTube. Recently, the text summary on YouTube describing the lecture was revised to include a statement from TED: “This talk is under review by TED’s editors.”

The M.I.T. Media lab is also looking into Mr. Harper’s project. An executive committee of faculty and staff members formed to lead the lab after Mr. Ito’s departure said in a statement on Thursday: “We are aware of questions raised about certain research conducted by the Open Agriculture Initiative at the M.I.T. Media Lab. Research integrity at M.I.T. is paramount and we will take all appropriate steps to address any concerns raised.”

The complaints of former Media Lab researchers concerning OpenAg were previously reported by Business Insider and The Chronicle of Higher Education.

Mr. Harper, who did not respond to requests for comment, has said that his innovation would help usher in a “fourth agricultural revolution,” with people using the climate-controlled devices to discover and track the optimal conditions for various crops. Farmers with food computers could then share the data — what OpenAg calls “climate recipes” — with fellow food producers around the world, who would be able to use that information to improve yields from their own food computers.

As the leader of an initiative at the Media Lab, which has more than 90 corporations as “member companies,” Mr. Harper has been personally responsible for raising funds. In addition to the backing from Target, which ended in 2017, OpenAg has received financial support from Ferrero, the maker of Nutella, and Welspun, a conglomerate based in Mumbai, India, according to copies of contracts reviewed by The Times.

The former OpenAg researchers said that the food computers did not work as well as Mr. Harper said they did, adding that he often presented speculative claims as scientific truths while raising funds. In a recent interview with The Chronicle of Higher Education, Mr. Harper defended himself against that accusation, saying that he had not misled anyone and that his statements about the project were meant to describe his vision for its future.

Babak Babakinejad, a Ph.D. who was formerly the project’s lead researcher, detailed his concerns about how OpenAg was presented in an email to Mr. Harper. He said he had sent the email, which he shared with The Times, after his contract with OpenAg was not renewed.

“You seem to think endlessly reiterating untrue claims will lend them credibility, but it won’t,” Dr. Babakinejad wrote to Mr. Harper. “By persisting in this course of action, you have been putting M.I.T. and everyone associated with you at risk and I think it’s time that you were made to face up to that and take responsibility for it.”

The four former researchers said that those who worked on the project were often told to make the food computers appear to work better than they did during promotional photo shoots or visits from the lab’s sponsors or the news media.

Paula Cerqueira, a former special projects manager at OpenAg, said she had been told to buy a lavender plant from a store near the OpenAg facility before photos were taken. She brushed dirt off the plant, she said, and placed it inside a food computer before the shoot.

“When it comes to academic research, because you are seeking funding all the time, there is always a line between projecting vision and misleading people,” Ms. Cerqueira said. “I think that line was stepped over a number of times.”

The food computers, which researchers have envisioned selling to the public, are supposed to provide plants with just the right amount of light. But when the light function was not working, another member of the OpenAg team said, speaking on the condition of anonymity to describe sensitive events, an engineer manually rigged the device so that light would shine at the correct level during an important demonstration.

“This sounds more subtle than taking dirt plants and washing them off, but it actually is more fundamental,” the former member of the project said.

The Media Lab was created in 1985 to encourage flights of fancy. As a sign that it favors innovation above all else, the lab refers to itself as “anti-disciplinary.” During his tenure as its director, Mr. Ito greatly increased funding and said that lab projects should have some usefulness to the outside world — an approach he called, in a 2014 TED Talk, “deploy or die.”

The OpenAg project received media attention, usually in the form of light feature stories, from the CBS News program “60 Minutes,” The Wall Street Journal and other outlets. A Boston Globe headline summed up the tone of the coverage: “MIT Researchers Hacked Agriculture to Create What May Be the Tastiest Basil on Earth.”

The “60 Minutes” segment, a broad look at the Media Lab called “The Future Factory,” first aired in April 2018. It included an interview with Mr. Harper, who said that his devices would allow people to grow tomatoes equal to those in Italy, as well as grapes to rival the produce of vineyards in California and France.

After the “60 Minutes” broadcast showed cotton plants, which were grown in larger containers called food servers, Mr. Harper said, “We’re growing on average three to four times faster than they can grow in the field.”

In a statement to The Times, “60 Minutes” said that it was aware of the claims that Mr. Harper may have overstated the abilities of the food computers and that the show was “reporting on it.”

Dr. Babakinejad, the former lead researcher, also had concerns about an academic paper written by Mr. Harper and five others that appeared in the peer-reviewed online journal PLoS One in April.

The paper, “Flavor-cyber-agriculture: Optimization of plant metabolites in an open-source control environment through surrogate modeling,” said that the OpenAg team used food computers, along with machine learning technology, to discover the ideal combination of light, nutrients, temperature and water to grow the most flavorful basil. Dr. Babakinejad said the paper exaggerated the precision of the devices’ climate-control technology, and emails shared by Dr. Babakinejad show that OpenAg researchers questioned whether the data collected by the food computers met the standards of an academic paper.

Thomas Bjorkman, a professor of plant science at Cornell University, said there were growing boxes that could do what the OpenAg paper claimed, but they are expensive to operate and require 24 kilowatts of power, the equivalent of 240 100-watt light bulbs glowing at the same time.

Commenting on the paper’s scientific value, Mr. Bjorkman said, “The state of the industry of controlled-environment agriculture is so much more advanced, it would have little influence on horticultural research or practice.”

In an email exchange with Mr. Ito, Dr. Babakinejad expressed his concern about what he said were Mr. Harper’s false claims in a draft of the academic paper, the “60 Minutes” interview and lectures.

“Up to now,” Dr. Babakinejad wrote, “we have not been able to achieve a ‘controlled environment’ nor been able to create an atmosphere (Climate control) as he leads people to believe in his talks. His claims about developments such as implementations of image processing, microbiome dosing, creating different climates and collecting credible data from bots across the world are not true.”

Mr. Ito wrote in his reply: “Can I say that you have concerns about whether the food computers have been able to create a controlled environment which would put into questions some of the claims we make about the data and outcomes?”

Dr. Babakinejad replied in the affirmative, and the exchange ended.

In addition to their complaints over how the project was presented to those outside the lab, the researchers had another concern: Mr. Harper’s habit of repeating a seemingly tangential claim about supermarket apples.

“Eleven months — the average age of an apple in a grocery store in the United States,” Mr. Harper said at the start of the 2015 TED Talk, explaining the need for more local food production. In a more recent lecture, he said the average age of a supermarket apple was 14 months.

No one from the lab could find the source of that number, the researchers said, adding that they had tried repeatedly to persuade Mr. Harper to stop citing the statistic, to no avail.

To find out if the statistic had a basis in fact, Dr. Babakinejad sent an email to an official at the United States Department of Agriculture who had expertise in the Pacific Northwest apple industry and received this brief reply: “The statement is not accurate for the PNW apple industry.” 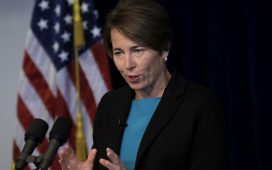