Playing bad cop to Angela Merkel of Germany’s accommodating good cop, he threatened to leave Theresa May with no options other than a chaotic no-deal departure, an embarrassing decision to withdraw the UK’s request to leave, or a hard-to-achieve UK parliamentary vote to approve her withdrawal deal with the EU within days or weeks.

“We have a European renaissance to manage,” he declared before the meeting, insisting that there was no guarantee of an extension even beyond the previous deadline of Friday. “I believe in it very deeply and I don’t want Brexit to come and block us on this.”

Mr Macron, however, was on his own among EU leaders in emphatically rejecting a substantial delay at the start of the evening, when they heard the UK prime minister make her case for an extension until the end of June while she continued her difficult negotiations with opposition Labour leader Jeremy Corbyn.

The French president is not normally deterred by political isolation — as one official in Paris said before the latest round of talks, “we are a little bit British in this, we are not afraid to be alone” — but he soon began to yield to pressure from the likes of Ms Merkel and Leo Varadkar, the Irish prime minister. They both want to protect their economies and the EU from the economic and political damage that would follow a crash, no-deal Brexit.

You give your friends a chance, and then another one, and then one more

By the time Mrs May was sent out of the room and the 27 other EU leaders sat down to dinner, Mr Macron was conceding an extension to June 30, Mrs May’s official target date — but not a day longer.

Ms Merkel’s plea that Europe was about friendship and “you give your friends a chance, and then another one, and then one more” was seen as crucial by those in the room in persuading Mr Macron to soften his stance.

As midnight approached and prime ministers and presidents huddled around the apparently intransigent Mr Macron, the exchanges became more pointed, with Mr Macron tartly reminding the others that “you need unanimity” for an EU Council decision on Brexit.

Mr Macron finally yielded further ground and the EU27 reached their accord soon after midnight, setting an extension for Brexit until October 31, with a “review” in June regarded as a sop to the French.

Mr Macron put a brave face on the outcome as he left the summit.

“I think we delivered the best possible compromise,” he said, maintaining that a long extension would be “neither good for us nor good for the British”.

He was pleased Mrs May had guaranteed that the UK would not interfere with the smooth running of the EU and its long-term projects, and that it be largely prevented from doing so anyway because the new Commission was due to take over the day after the October 31 deadline.

Mr Macron is increasingly convinced that the Brexit process and the continued presence of the UK in the EU is distracting attention from other European issues. He sees it as destabilising the union and worries that it could cause confusion in European elections in May that he wants to portray as a fight between European liberals and extremist nationalists.

In the end, however, the hardline Mr Macron achieved only half of what he wanted in Brussels, and managed to irritate some of his European colleagues in the process. One of his advisers said France was “not a bad cop but a convinced and firm European”. A diplomat from another EU country was not so sure: “I think he didn’t make any friends today.” 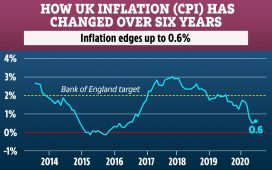 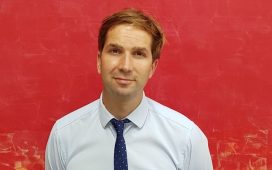 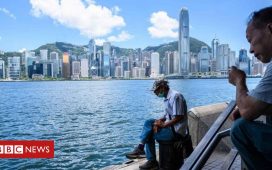