Bosses who have squeezed cash out of their companies and now want taxpayer help should be forced to give up a chunk of their pay, a senior member of the Rothschild banking dynasty has said.

In a damning intervention, Nat Rothschild told The Mail on Sunday there ‘has to be a price’ for being caught out by the crisis and ‘a reward for conservatism’ if firms had put money aside for lean times.

The eldest son of Baron Rothschild and heir to his father’s title and business interests said bosses and owners who have profited from risk-taking must be forced to sacrifice their share awards and ‘a percentage of pay’ if they tap into state support schemes. 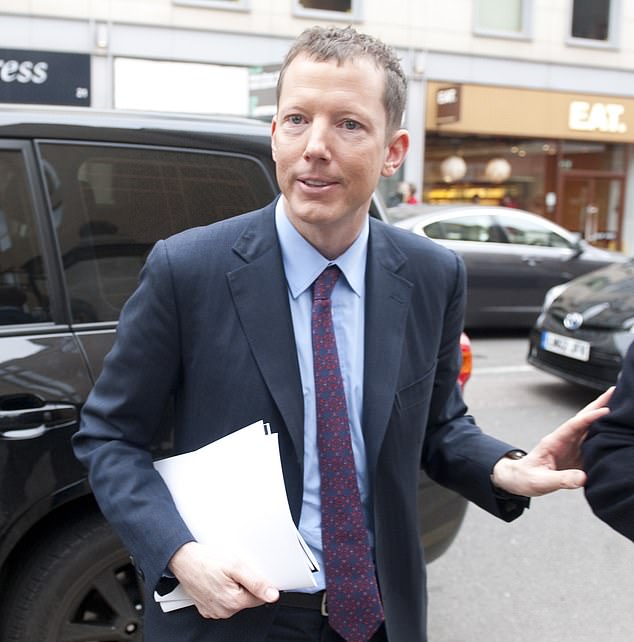 Strong words: Nat Rothschild said there ‘has to be a price’ for being caught out by the crisis and ‘a reward for conservatism’ if firms had put money aside for lean times

His call for reckless executives to dip into their own pockets is today backed by a major poll by The Mail on Sunday.

An overwhelming 61 per cent of the public believes owners and bosses of companies that have been making a profit should be ‘forced to contribute money to any Government bailout’.

Just under half – 49 per cent – said they were otherwise broadly supportive of using taxpayer money to save companies from collapse. Only 25 per cent did not support bailouts.

Rothschild, who is also chairman of London-listed manufacturer Volex which makes charging cables for electric cars, said: ‘What is going to irritate people is that some of these firms, despite the risks they have taken and the rich rewards that would have followed, will now be given a get-out-of-jail-free card while laying off workers. This is a re-run of the financial crisis.’

READ  Planning to move house this year? First you need to find a home for your savings

His comments come after public fury was directed at the likes of JD Wetherspoon founder Tim Martin, who sent staff home on no pay a week ago expecting the taxpayer to foot his company’s wage bill.

There are fears that some firms, such as heavily indebted shopping centre owner Intu with an eye-watering £4.5 billion debt and facing a standoff with retailers, may struggle to survive.

Dozens of restaurant chains are struggling just days after a Government lockdown and high street retailer casualties are likely to mount rapidly within weeks.

The airline industry has been criticised for years of massive payouts after companies, including Richard Branson’s Virgin Atlantic, were plunged into an immediate crisis after planes were grounded.

Last week, The Mail on Sunday revealed that airline bosses had handed out £12 billion in dividends in the past five years.

Research for The Mail on Sunday by stockbroker AJ Bell this weekend shows that FTSE 100 debt has risen rapidly over the past three years while dividends have soared. That period has seen debt among FTSE 100 firms soar to a record £75 billion – twice the level of 2009 after the financial crash.

But that has coincided with a record run of dividend payments at those firms, hitting £78.3 billion last year.

Russ Mould at AJ Bell, which excluded banks from the analysis because they have massively reduced debts since 2009, said the figures would ‘suggest debt was used to fund dividends as the economy slowed a bit and cover got tighter’.

Rothschild’s firm Volex has a turnover of $400 million and $30 million cash on its balance sheet. It also has a $40 million undrawn bank facility. The board calculates it would make a profit even if annual revenue dipped by $100 million.

Rothschild contrasted the balance sheet with ailing car manufacturer Aston Martin, which has borrowed seven times its earnings. He said many firms, particularly those run by private equity, had just eight weeks of cash in reserve.

He said: ‘It’s absolutely extraordinary that such companies should be placed in a financial position that they cannot survive for even a matter of weeks with little or no

Rothschild strongly urged the Government to avoid a repeat of the 2008 crisis when bankers kept all of their share options and ‘essentially got bailed out too’.

He suggested each private equity firm should be asked to hold back a ‘dry powder’ fund to ‘meet its social commitments’ if their firms ran into trouble.

He added: ‘It would make sense to demand that access to [Bank of England emergency coronavirus funding] should be conditional on senior managers forgoing stock options and a percentage of pay.

‘There has to be a price for using too much leverage and a reward for conservatism during these times.’

He said the Government – currently in talks over a bailout of Virgin Atlantic – and Britain’s banks should consider carefully who gets assistance and what penalties should be paid, ‘so that the Michael O’Leary’s of the corporate world’ who have sensibly put money aside for tougher times are treated fairly.

Rothschild said: ‘[Ryanair] has £4 billion of cash and marketable securities on its balance sheet and doesn’t need a bailout or at least can survive this for many months. It is essentially being penalised for other people’s risk taking or incompetence.’

The Mail on Sunday’s survey was conducted by Deltapoll, which interviewed 1,545 British adults online between March 26 and 27.

The data were weighted to be representative of the British adult population as a whole.