SAN JOSE, Calif. (AP) — A federal judge has convicted a Chinese national of economic espionage, stealing trade secrets and engaging in a conspiracy for the benefit of his country’s government.

The decision comes five years after Zhang was indicted on charges of conspiring to steal technology from two companies shortly after graduating from the University of Southern California. The trade secrets were heisted from Zhang’s former employer, Skyworks Solutions in Woburn, Massachusetts, and Avago Technlogies, a San Jose, California, company later acquired by chipmaker Broadcom.

The pilfered technology is used to help filter out unwanted signals to smartphones.

The conviction is part of efforts to crack down on China’s alleged theft of patented technology created in the U.S, a problem underlying the costly trade war between the two countries in recent years. China’s government has consistently denied its involved in any effort to steal U.S. technology.

The verdict “is an important step in holding accountable an individual who robbed his U.S. employer of trade secrets and sought to replicate the company’s technology and replace its market share,” said John Demers, the Justice Department’s assistant attorney general for national security.

Zhang’s attorney, Daniel Olmos, declined to comment on the verdict. Zhang faces a maximum prison sentence of 10 to 15 years and fines of up to $250,000 for each of the three felony convictions.

The sentencing is scheduled Aug. 31. 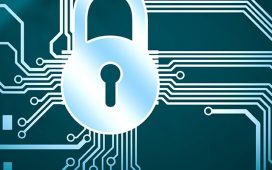