In stunning Friday night statements, President Donald Trump said he will nominate Securities and Exchange Commission Chairman Jay Clayton to replace Geoffrey Berman as the top federal prosecutor in Manhattan — but Berman promptly said he will not leave until a successor is confirmed by the Senate.

The extremely unusual standoff involves high stakes, as Berman has shown a willing to investigate associates of Trump, including two of the president’s own lawyers.

“I learned in a press release from the Attorney General tonight that I was ‘stepping down’ as United States Attorney,” Berman said in a written statement that also was posted by his office’s Twitter account.

“I have not resigned, and have no intention of resigning, my position, to which I was appointed by the Judges of the United States District Court for the Southern District of New York,” he said. “I will step down when a presidentially appointed nominee is confirmed by the Senate.”

“Until then, our investigations will move forward without delay or interruption. I cherish every day that I work with the men and women of this Office to pursue justice without fear or favor – and intend to ensure that this Office’s important cases continue unimpeded.”

There had been no previous indication that Berman was leaving the prestigious post of the SDNY U.S. attorney, voluntarily or otherwise.

Many legal observers were stunned late Friday when Attorney General William Barr said Berman was “stepping down,” and that Trump would nominate Clayton to replace him.

Berman’s denial of that claim raises the question of whether he can actually hold on to his job, and who can get rid of him.

Senate Minority Leader Chuck Schumer, D-N.Y., called for Clayton to withdraw his name from consideration Saturday and asked the Justice Department Inspector General and the Office of Professional Responsibility to investigate the reasons behind the Trump administration’s attempt to force Berman out.

Sen. Lindsey Graham, R-S.C., said he would follow precedent as chairman of the Judiciary Committee and will not proceed with Clayton’s nomination until the home state senators have signed off, in this case Sens. Schumer and Kirsten Gillibrand, who joined the Senate minority leader in calling for Clayton to withdraw his nomination.

Berman was first appointed as acting U.S. Attorney for the SDNY by then-Attorney General Jeff Sessions in early 2018. He later was appointed to the post by the judges in the Southern District, removing his interim, “acting” status. That unusual move came after Trump failed to formally nominate Berman to the job, for a variety of possible reasons.

A 41-year-old opinion by the Justice Department’s Office of Legal Counsel says that a president has the power to remove a United States attorney who was appointed to their job by judge. However, the same opinion says that an attorney general cannot fire court-appointed U.S. attorneys.

Berman as of Friday was still reportedly overseeing a criminal investigation into Trump’s personal lawyer, Rudy Giuliani, a former New York City mayor, and himself the former U.S. attorney for the SDNY.

Also last year, it was reported that the SDNY was among a group of federal investigative offices that were probing whether Deutsche Bank had complied with anti-money laundering and other laws.

Deutsche Bank has reportedly loaned billions of dollars to Trump’s company, and to companies controlled by the family of his son-in-law Jared Kushner.

On Wednesday, The Washington Post reported that a new book by Trump’s former national security advisor John Bolton describes an interaction in May 2018, when Turkish President Recep Tayyip Erdogan gave Trump a memo claiming that a Turkish firm being probed by Berman’s office for violating sanctions on Iran was innocent of such conduct. The firm is believed to be the state-run bank Halkbank, which Berman’s office was known to be investigating.

“Trump then told Erdogan he would take care of things, explaining that the Southern District prosecutors were not his people, but were Obama people, a problem that would be fixed when they were replaced by his people,” Bolton wrote in the book, “The Room Where it Happened: A White House Memoir,” according to The Post.

But Berman later obtained an indictment against Halkbank, and the case is still pending.

House Judiciary Committee Chairman Jerry Nadler, D-N.Y., in a tweet said, “America is right to expect the worst of Bill Barr, who has repeatedly interfered in criminal investigations on Trump’s behalf.“

“We have a hearing on this topic on Wednesday. We welcome Mr. Berman’s testimony and will invite him to testify,” Nadler wrote.

Barr in recent months overruled trial prosecutors to recommend a less severe criminal sentence for Roger Stone, a Republican operative who is a friend of Trump, and is seeking the dismissal of the criminal case against Michael Flynn, the former national security advisor, whose prosecution the president has criticized. Flynn twice pleaded guilty to lying to the FBI about his discussions with a Russian diplomat.

Clayton has not previously worked as a prosecutor, and reportedly would be the first non-prosecutor to lead the SDNY if he is confirmed. He previously was a partner at the white-shoe law firm Sullivan & Cromwell.

Trump has appointed the current U.S. attorney for New Jersey, Craig Carpenito, to serve as the acting United States Attorney for the Southern District of New York, while the Senate considers the nomination of Clayton.

Preet Bharara, whom Berman replaced after being fired by Trump, in a tweet asked, “Why does a president get rid of his own hand-picked US Attorney in SDNY on a Friday night, less than 5 months before the election?”

Bharara wrote in another tweet, before Berman issued his statement, “Let me be stronger here. Berman ‘stepping down’ is bull—-. He was fired.”

When Berman said he would refuse to leave his job, Bharara said “good for him” during an appearance on CNN.

A senior administration official told NBC News that Barr decided to replace Berman because Clayton planned to leave his SEC post and move back to New York, and had said he was interested in the SDNY job.

“It’s no reflection on Berman, but Barr regarded Clayton highly and thought he would be a good fit,” the official said.

The Southern District of New York is considered one of the top — if not the top — federal prosecutors’ offices in the United States, due to its handling of significant criminal cases involving terrorism, financial institutions, organized crime and high-profile defendants.

In a statement Friday, Barr said of Clayton, “For the past three years, Jay has been an extraordinarily successful SEC Chairman, overseeing efforts to modernize regulation of the capital markets, protect Main Street investors, enhance American competitiveness, and address challenges ranging from cybersecurity issues to the COVID-19 pandemic.”

“His management experience and expertise in financial regulation give him an ideal background to lead the United States Attorney’s Office for the Southern District of New York, and he will be a worthy successor to the many historic figures who have held that post.”

“On behalf of the President, I thank Jay for accepting this nomination, and I look forward to working with him soon.”

Barr also said of Berman: “Geoff has done an excellent job leading one of our nation’s most significant U.S. Attorney’s Offices, achieving many successes on consequential civil and criminal matters. I appreciate his service to the Department of Justice and our nation, and I wish him well in the future.” 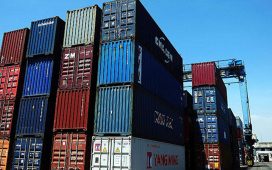