MARKET REPORT: £4bn of dividends are axed or delayed by virus fears


During a rocky period on the stock market, investors would usually take solace in a guaranteed stream of dividend payments.

But the coronavirus pandemic has required companies to take desperate – and at times unprecedented – measures to protect their finances.

A staggering £4.2billion of dividends have been axed or deferred so far this month, according to an analysis by online investing platform AJ Bell.

More than a hundred firms in sectors from housebuilders to hotels, transport to pubs, have sacrificed their divis in a show of prudence, particularly because no one knows how long the disruption will last. 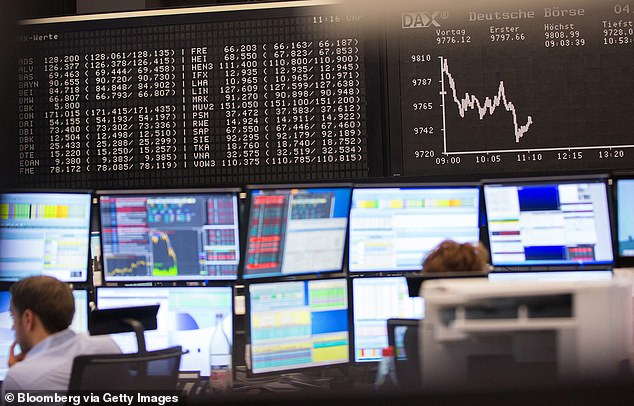 A staggering £4.2bn of dividends have been axed or deferred so far this month, according to an analysis by online investing platform AJ Bell

At the other end of the scale, AJ Bell calculates around £1billion has been put in the investor kitty by a number of firms that have stuck to their dividend guidance.

But the deluge of firms trimming back their payouts to shareholders only grew stronger yesterday. More than a dozen companies joined the bandwagon, cancelling or pushing back payments worth at least £400million.

READ  Coronavirus Could Force Smaller Companies to the Brink 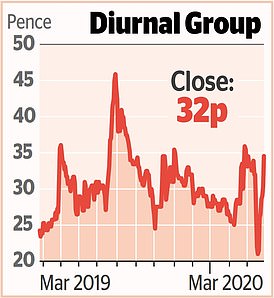 British pharmaceutical company Diurnal Group has signed an exclusive licensing deal that will roll out one of its drugs in the US.

Diurnal will receive £2.9million in cash and £1.2million shares in Eton, and another £2million when the first commercial sale is made in the US, towards the end of 2020, after getting approval from regulators.

Perhaps a surprising addition to this list was Domino’s Pizza, due to hand out £26million, which said in the same breath that its UK trading ‘has accelerated’ in the past week, ‘with the growth in delivery more than offsetting the lack of collection sales’.

Domino’s is going on a hiring spree and has introduced contactfree delivery to keep up with the demand from cooped-up Britons, who are also putting in orders for more food than usual, though its performance in Norway, Switzerland and Iceland is struggling more.

Oil prices sank a whopping 6.6 per cent to $24.60 a barrel as the market continued to reel from a plunge in demand and the effects of a crippling price war between Saudi Arabia and Russia.

AIM-listed oil and gas explorer Hurricane Energy fell 19.7 per cent, or 2.62p, to 10.67p after reporting that a crew member on a floating vessel in the North Sea had tested positive for Covid-19.

Bar owner City Pub Group was forced to turn to investors for help, raising £15million through a share placing and also seeking £7million from an open offer. Shares in the firm, which has had to close its 47 sites in England and Wales, closed up 18.8 per cent, or 10.5p, at 66.5p.

Supermarket group Morrisons hovered around neutral, closing up 0.3 per cent, or 0.6p, at 180.15p, after two non-executive directors quit the board amid what is understood to be an escalating row about corporate governance at the firm.

Neil Davidson, head of the corporate compliance committee, and Toby van Kralingen, head of the pay committee, will both step down in late April over concerns the chairman, chief executive and operations boss are too close.

FTSE rallies as retailers plan to reopen after virus shutdown