Matt Prior: Airships are back in the news – it's about time


I’m a big fan of airships. A Zeppelin NT LZ N07-101, better known as The Goodyear Blimp, was the subject for last year’s Autocar Christmas road test, and it was joyful. There’s a terrific museum in Friedrichshafen, Germany, dedicated to early Zeppelins and their ilk, and the luxury they offered was palpable. So it’s great to see them back in the news.

Flying some 300 metres above the ground, you get a sensational view of the landscape. It’s eerily quiet, and in breezes the airship rocks gently like a cradle. It’s an incredibly soothing way to travel – but not a very fast one.

Last week, Bedfordshire-based Hybrid Air Vehicles (HAV), which makes the huge Airlander 10 airship, proposed a new passenger cabin layout for its craft, with seating for up to 100 people. That’s rather more than the latest Zeppelin’s 14.

HAV has proposed a number of fairly short-haul city hops for its airship, which are currently served by conventional jet aeroplanes. HAV under the bonnet for 12 hours or so. thinks its airship is ideal for the job, because it could reduce the amount of CO2 emitted per passenger by 90%.

That might be true. But let’s come back to the whole speed thing. The Airlander has been tested at around 50 knots (57mph), a similar speed to the Zeppelin NT, although the regular cruising speed tends to be slower to cut fuel use. Either way, it’s quite a lot slower than a jet aircraft.

It’s also slower than a car, which is why the routes that HAV has suggested (such as Barcelona to Palma and Liverpool to Belfast) all include objects such as water and hills to make life complicated for drivers. You would just drive or take a bus if it were possible, but you instead have to fly or board a boat at the moment, and an airship is nominally quicker than one of those. Not totally straightforward, though.

Travel on a regular jet flight and you will be in a noisy and cramped aluminium tube, sure. But it can move at more than 500mph, so even if there’s a 50mph headwind, you will still cross the ground at 450mph. 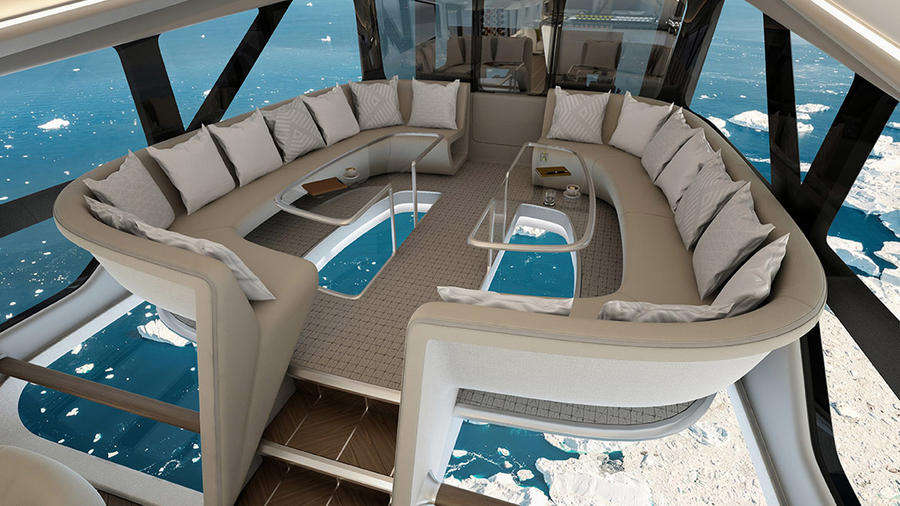 Take an airship and it will be much quieter, more relaxed and roomier, plus it will afford you a far nicer view out. But I hope you enjoy that view because, in a 50mph headwind, you will have plenty of time to take it all in as you get overtaken by a jogger.

Airships hate severe weather. They’re about as effective in a high wind as a match. While a jet can fly in a gale, an airship gets a bit sniffy if somebody nearby is flapping their arms around a bit. If it might snow, they can’t fly at all. A boat can make you sick, but it will get you where you want to go reliably enough, and on some you can then drive your car out of the bow and continue on your way.