May to give firm departure date as Brexit deal founders


Theresa May will on Friday set out plans to step down as prime minister, finally calling time on her ill-fated, three-year effort to steer the UK out of the EU.

Mrs May, her premiership crippled by a cabinet revolt and a parliamentary mutiny in her Conservative party against the Brexit agreement she struck with her fellow EU leaders, will outline her departure proposal at a meeting with Graham Brady, chairman of the 1922 Committee of backbench Tory MPs.

Downing Street advisers will gather at 10am to be briefed on her decision.

Tory MPs expect Mrs May to set out the week of June 10 as the most likely time for her formal departure as party leader, which would avoid the humiliation of being a caretaker prime minister when she receives Donald Trump on a state visit on June 3 to 5. She also faces an unprecedented vote of no confidence by leading Tory activists on June 15.

Mrs May last night discussed the choreography of her departure with her husband Philip at their Berkshire home; those inside the Number 10 spoke of a premier in a “fragile state” as her time in office draws to a close.

She succeeded David Cameron as prime minister and party leader in the weeks following the shock vote to leave the EU in June 2016, pledging “Brexit means Brexit” despite having voted herself to remain. But during the course of fraught negotiations with Brussels, she lost the backing of both hard Brexiters and Remainers, culminating in three defeats of her Brexit deal in the House of Commons.

Although Mrs May is expected by cabinet ministers to continue as caretaker prime minister until a new Tory leader is chosen — possibly in July — Downing Street declined to confirm that should would stay on in an interim capacity.

David Lidington, Mrs May’s de facto deputy, has been tipped as a possible stand-in prime minister, but is not expecting to be pressed into duty. The Queen was said by Buckingham Palace to have no planned engagements on Friday.

Sir Geoffrey Clifton-Brown, a member of the 1922 executive, said: “I want her to give a timetable for when she will go. Maybe she will still quit tomorrow.”

The embattled prime minister was told by foreign secretary Jeremy Hunt on Thursday to drop her new withdrawal agreement bill, amid growing anger on the Conservative benches over its inclusion of the prospect of a second EU referendum.

At the end of a brutal week in Westminster, the foreign secretary told Mrs May in a meeting that it was “not fair” to ask MPs to walk through the voting lobbies in the full knowledge the bill would be defeated, in effect for the fourth time.

Home secretary Sajid Javid demanded Mrs May remove the offer of granting the House of Commons a vote on whether to hold another referendum, during another “frank” meeting.

Earlier in the day Downing Street insisted that the legislation would be published on Friday and put to a vote in the first week of June; by midday that plan had been abandoned.

Neither minister explicitly called for her resignation, but without the backing of her cabinet Mrs May is likely to conclude she cannot bring forward the legislation. Andrea Leadsom, Leader of the Commons, had already quit the cabinet.

Downing Street admitted Mrs May was “listening to colleagues”, but some senior Tories admitted it would be pointless trying to rewrite the unloved deal now. “It’s dead,” said one.

Mr Brady will warn her that she will be toppled unless she sets a date for her departure.

Their meeting will come in the aftermath of voting in European Parliament elections, with opinion polls suggesting the Conservatives could poll below 10 per cent, the party’s worst ever performance in a national election.

The executive of the 1922 committee of Tory MPs held a secret ballot on Wednesday on whether to change Conservative party rules to allow Mrs May to face another no-confidence vote.

The sealed envelopes will be opened if she does not agree to stand down as party leader by 10 June, according to members of the executive. 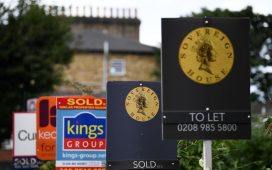 What is WeChat and why is Trump targeting it?