“Eat Mor Chikin” is Chick-fil-A’s tagline, but it could easily serve McDonald’s as the fast-food giant introduces two new chicken breakfast items to fend off competition from its Atlanta-based rival.

McDonald’s has long dominated the breakfast category, holding a market share that exceeds 25%, according to Barclays. But with Chick-fil-A on the rise, and Wendy’s to offer nationwide breakfast later this year, McDonald’s is under pressure to retain its position as the market leader for the early morning meal.

Nearly 90% of McDonald’s U.S. franchisees believe that Chick-fil-A is the chain’s biggest threat, according to a January survey conducted by analyst Mark Kalinowski of Kalinowski Equity Research. Kalinowski, who upgraded the stock to a buy ahead of its earnings report on Wednesday, said the franchisees evenly represent all regions of the United States.

The Chicago-based chain has been testing its Chicken McGriddles and the McChicken Biscuit sandwich regionally since 2016. Starting Tuesday, customers can buy both of them for a limited time.

“Our customers have told us they want more chicken and more breakfast items, so we are excited to be able to offer these two sandwiches at breakfast to everyone nationwide,” said Linda VanGosen, McDonald’s vice president of menu innovation.

The Golden Arches is not the only chain adding chicken to its breakfast menu. Wendy’s national breakfast menu will include a Honey Butter Chicken Biscuit and Maple Bacon Chicken Croissant.

The menu penetration of fried chicken breakfast sandwiches has surged 257% over the last four years, according to Datassential’s recent report on breakfast. The trend comes as consumers seek to eat more protein, and the neutral flavor of chicken means that it can work just as well in a spicy breakfast burrito or slathered in syrup atop waffles.

“The protein lends itself to multiple forms, and I think that it literally just is people getting more creative in what they eat for breakfast,” said Ken Harris, managing partner at Cadent Consulting Group.

Harris also said that consumers might perceive chicken to be healthier than sausage or bacon, even if that is not necessarily grounded in fact.

Privately held Chick-fil-A has climbed to the No. 3 restaurant chain in the U.S. by sales, lagging behind only McDonald’s and Starbucks, despite being closed on Sundays and operating a much smaller number of locations.

McDonald’s is also thinking about adding more chicken items to its regular menu. It is testing a Crispy Chicken Sandwich in Knoxville, Tennessee, and Houston that closely resembles Chick-fil-A’s signature chicken sandwich. In 2019, the National Owners Association, an independent group for McDonald’s U.S. franchisees, asked for a similar sandwich to compete with the chicken chain.

Popeyes Louisiana Kitchen, owned by Restaurant Brands International, found success with its own take on the Southern-style chicken sandwich. After selling out of its supplies in August, less than two weeks after its nationwide launch, the chain reported same-store sales growth of 9.7% during its third quarter. The chicken sandwich returned to restaurants in early November, which fell in the company’s fourth quarter.

Restaurant Brands, which also owns Burger King, has a market value of nearly $30 billion. As of Monday’s close, its stock is up less than 1% for the past 12 months. 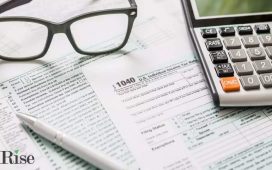 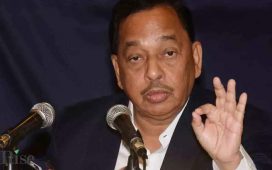