Researchers found that people who practiced ‘mindfulness’ meditation and received methadone – medication that treats narcotic addiction – were nearly 1.5 times better at controlling cravings than those who just received methadone treatment.

Treatment with methadone is currently considered by doctors the gold standard for opioid addiction treatment.

But the team, from Rutgers University in New Brunswick, New Jersey, says using meditation as an adjunct may be able to help patients control side effects such as anxiety and depression. 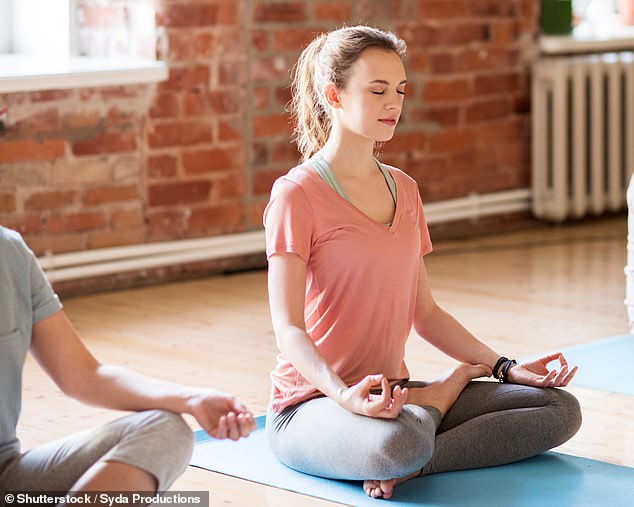 A new study from Rutgers University in New Jersey, found those recovering from opioid addiction were better at controlling cravings if they practiced mindfulness along with using methadone (file image)

READ  Woman, 23, who mistook her vitiligo for TAN LINES as a child gets a tattoo explaining her condition

Prescription opioids and illicit drugs have become incredibly pervasive throughout the US, and things are only getting worse.

Treatments for those recovering from addiction include medications like methadone and buprenorphine – which help people reduce or quit their using heroin or other opiates – and psychosocial and medical support services.

Of those struggling to recover, between 40 and 60 percent of people relapse, according to the National Institute on Drug Abuse.

A report published last year by the Centers for Disease Control and Prevention found that drug overdose deaths soared by 10 percent in 2017 topping 70,000.

For the study, published in the journal Drug and Alcohol Dependence, the team looked at 30 patients being treated for opioid addiction and chronic pain.

Over eight weeks, half of the patients were treated with a combination of mindfulness and methadone therapy.

Mindfulness is a meditation practice that focuses on being aware of the present moment including feelings, thoughts and bodily sensations.

The other half received standard methadone treatment and counseling over the same time period.

Those receiving the combination therapy were 1.3 times better at controlling their cravings than the standard group.

‘Methadone maintenance therapy (MMT) has been an effective form of medication treatment for opioid use disorder,’ she said.

‘However, nearly half of individuals on MMT continue to use opioids during treatment or relapse within six months.’

Coronavirus: Ibuprofen tested as a treatment

Ibuprofen to be tested as possible treatment to reduce coronavirus symptoms