Although the Concept EQA of the 2017 Frankfurt motor show was a three-door hatchback, a GLA-based production car could still take many of the visual cues including a blanked off front grile and unique front fascia, along with bespoke lighting front and rear.

Last year Mercedes confirmed that it will build its EQA electric hatchback at its plant in Hambach, France, where the electric Smart models are currently made, following an investment of €500 million (about £438m).

Mercedes boss Dieter Zetsche said: “The EQ line-up will cover different vehicles and one of them will be a compact car.”

Mercedes is pushing to enhance the productivity of its global plant network, with the Hambach site becoming specialised in EVs, helping the brand up its EV production numbers without affecting supply for petrol and diesel models.

Mercedes production chief Markus Schäfer said the Smart plant will grow to “become a part of our global compact car production network, with the lead plant in Rastatt, Germany”. Britta Seeger, Mercedes sales and marketing boss, said: “This EQ will be the first Mercedes model ever built in France.”

Zetsche said last year that Mercedes’s push for electrification is “gathering pace” and that “the EQA proves that we’re serious about introducing electric mobility throughout the portfolio”.

The starting point for the EQA is a new electric vehicle platform developed by Mercedes for use in all upcoming EQ models. Known internally by the codename EVA (electric vehicle architecture), it has been conceived to allow the new model to be built alongside Mercedes’ conventional compact car models in the same factories that produce the A-Class, B-Class, CLA, CLA Shooting Brake and GLA.

The flexible platform is planned to support either front, rear or four-wheel drive, with either one or two electric motors and a scalable battery mounted low down within its flat floor structure, operating on an 800V electrical system that can provide rapid charging. 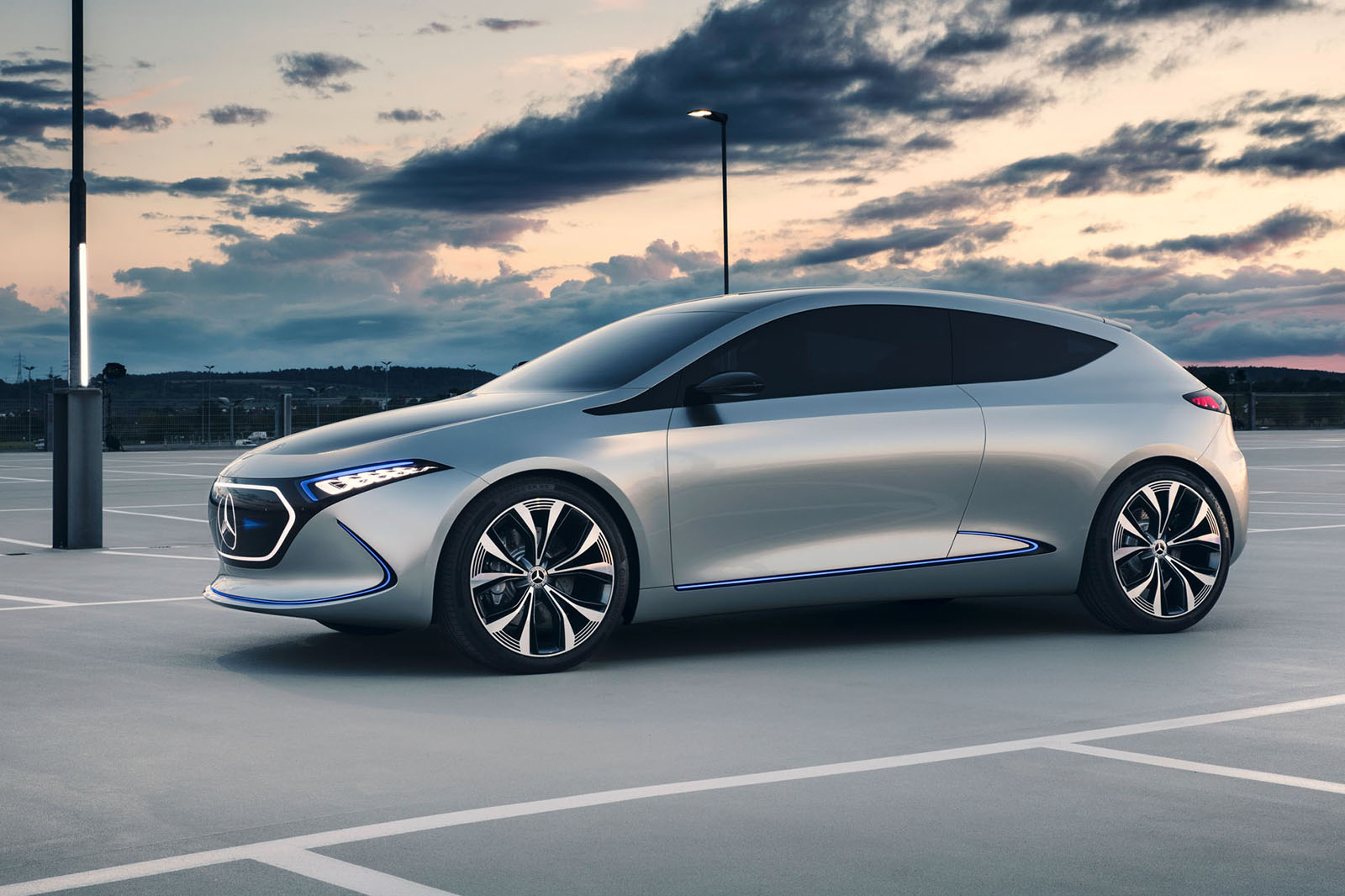 While the EQA has a three-door layout in concept car guise, insiders previously suggested the production version will have a five-door hatchback layout, with accommodation for up to five people in an interior they say is “considerably larger” than that of the A-Class, owing to the packaging advantages provided by its electric driveline.