Here is how the leak developed into a major Government inquiry: 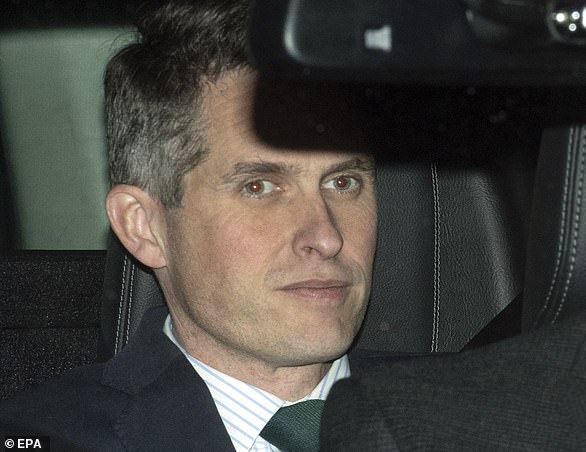 Labour demands an official investigation into the leak from the highly secretive council.

Home Secretary Sajid Javid says it is ‘completely unacceptable’ for any minister to release sensitive information and that it should ‘absolutely be looked at’.

In a statement, Mr Williamson says neither he nor any of his team had ‘divulged information from the National Security Council’.

April 26 – An ultimatum is reportedly issued to ministers over the leak of the secret discussions.

Reports emerge that Cabinet Secretary Sir Mark Sedwill has demanded ministers in attendance at the NSC meeting confess or deny if they were behind the leak.

Downing Street refuses to say whether an inquiry is under way, despite calls for police to become involved.

April 27 – It is reported that members of the Cabinet are expected to be summoned for interviews as part of a formal inquiry headed by Sir Mark Sedwill.

Ministers and aides are reportedly issued questionnaires requiring them to explain where they were in the hours following the NSC meeting.

China’s ambassador to the UK, Liu Xiaoming, defends the tech giant Huawei and urges the Government to act independently and resist external pressure.

April 28 – Jeremy Hunt says he has been questioned by officials as part of a leak probe and is prepared to hand over his phone.

He says the UK should exercise ‘a degree of caution’ about the role of large Chinese firms such as Huawei.

April 29 – The US delivers a warning that there is no safe level of involvement by Chinese tech giant Huawei in the 5G networks of Western powers.

May 1 – Gavin Williamson is sacked as Defence Secretary following an inquiry into the leak of information.

Downing Street said Theresa May asked Mr Williamson to leave the Government having ‘lost confidence in his ability to serve’.

May 2 – Gavin Williamson says he would be ‘absolutely exonerated’ if there was a police investigation into the leak.

May 4 – The Metropolitan Police confirm that the leak did not amount to a criminal offence, and will not be investigated by officers.

Assistant Commissioner Neil Basu said he had spoken to the Cabinet Office regarding the nature of the material discussed in the meeting, but was ‘satisfied’ that the details disclosed to the media did not ‘contain information that would breach the Official Secrets Act’.

I want to hear the case for and against Prevent | Letter