Michigan’s most sought-after industries are locked in a global “talent war” for skilled workers with advanced degrees.

Businesses trying to lure workers away from Silicon Valley are competing over immigrants and international students. State and business leaders are making investments to train the next generation of Michigan students, but recruiting highly skilled foreign workers is viewed as the best way to meet the immediate demand.

“There’s an instinct about ‘well what are we doing with our own; why aren’t these opportunities for Michigan-born kids?’” said Steve Tobocman, executive director of Global Detroit, a regional economic development strategy focused on employing immigrants and international students.

“There’s no doubt that is a public policy priority. We should be thinking about growing STEM education and increasing the number of Michigan students who go on to these critical fields, but we can’t wait for a lot of the kids coming into kindergarten to finish graduate school.”

Tobocman said competition for talent has become fiercer due to labor shortages and the rapid growth in production of electric vehicles, smart cars and other markets that require technical knowledge.

Glenn Stevens is executive director of MICHauto, an economic development initiative of the Detroit Regional Chamber. Stevens said automotive executives are focused on two things: The future of electric vehicles and recruiting high-tech talent needed to make it happen.

Stevens said the Biden administration’s quick reversal of Trump-era immigration policies were well-received by business groups. But there’s a desire to see more substantial reform, he said, including pathways to citizenship for undocumented people.

“In the previous four years it was rather a tenuous discussion around this subject, but there is optimism with the new administration that immigration reform would truly be something we could all work on together,” Stevens said. “There’s no question there’s a focus on immigration reform, and the talent that we’re going to need moving forward.”

The Trump administration froze green cards for new immigrants last year amid the COVID-19 pandemic and made it harder to obtain work visas. The former president argued limiting immigration would preserve jobs for Americans, but restricting work visas undercut the efforts of Michigan businesses to recruit high-skilled workers in fields like the auto industry, information technology and health care.

Metro Detroit consistently ranks among the top 10 states for migrant workers with H-1B work visas, which allows companies to employ foreign workers in specialty jobs that require technical expertise. There’s a limited number of visas available each year, and although there’s bipartisan support for raising the cap, political battles have delayed meaningful reform.

‘Immigration is designed to be very frustrating’

America’s one million international students are competing for 65,000 jobs.

The number of H-1B visas issued each year is capped at 65,000, with an additional 20,000 for people with advanced degrees from American universities.

To petition for an H-1B visa the applicant must have a bachelor’s degree or the equivalent in a “specialty field” which can range from STEM fields to social sciences and business.

A National Foundation for American Policy report found 78% of graduate students studying computer science or IT are international students.

Up and down the line of critical STEM – science, technology, engineering, mathematics – international students comprise 40% or more of almost every critical field.

Michigan Technological University hosts a small pool of this huge supply of future talent. The campus in the Upper Peninsula has 713 international students this school year.

Every year, about half of Michigan Tech’s international students enter the H-1B lottery, Director of International Programs and Services Kellie Raffaelli said.

“It’s a difficult journey from jump,” Raffaelli said. “It’s something they’re always managing and the reporting requirements and all of this can be daunting. You add that in with global pandemic and being very far from home, it certainly can be challenging.”

That difficult journey inspired a new career path for Sandra Nehring, who arrived in America to study political science but found a passion for immigration law. Nehring immigrated from Poland to earn her masters at University of Texas El Paso.

The university granted her a scholarship, but she was on her own for embassy visits, hearings, and applications. She became a mentor to friends, helping them keep up on deadlines, lining up supporting documents and reminding them their photos needed to be updated every six months.

“Immigration is waiting for you to just mark the wrong box on the application,” she said.

After graduation, the clock started for her immigration status to transfer from student to worker. International students cannot be unemployed for more than 90 days total during the year they are applying for employment authorization.

Nehring opted to apply for the Optional Practical Training program which allows students to stay in the country for one year to work in their desired field. Students in STEM get two years on OPT.

She estimates she used 50 days of her unemployment waiting for her authorization.

“There is never a timeframe when you feel calm, confident and rested with your status,” she said.

While living in limbo, Nehring found stability in Michigan.

On her summer breaks Nehring worked at a YMCA camp in Fenton, one of 12 camps throughout the state that participate in the Camp America exchange program. Her new friends became her American family during the pandemic and opened up their home to her as she waited for her immigration status.

When she was finally authorized to work it took 160 applications to land a job at a West Bloomfield law firm.

Employers must prove to the federal government that they could not fill the position with an American first. Many job postings outright say they do not offer visa sponsorship. Only three employers invited Nehring to even interview, she said.

“You constantly feel like you are not good enough,” she said. “You’re applying and nobody’s calling. It’s just very stressful and I also feel like nobody really prepares you for that. You have to discover this process on your own.”

Immigration attorney Herman Dhade, Nehring’s employer, said America is losing talent to its complicated immigration process. Dhade practices immigration law in both America and Canada and says international students in America are packing up to go north when the path to citizenship becomes arduous.

“They get educated here and then Canada just vacuums them up and gets the benefit,” he said.

The financial drain and processing delays associated with visa sponsorship make it an unattractive option for employers, too.

At the end of his presidency, Trump added a Department of Labor rule inflating the required minimum wage to beyond market value for American workers. At a high wage cost, employers expected foreign workers with more experience and therefore ignored student applicants, Dhade said.

Throughout Trump’s tenure, denial rates for H-1B petitions rose to double digits, with the highest being 28.6% in the first quarters of 2020. Comparatively, the denial rate in 2015 was 6%, according to NFAP.

Federal judges have deemed Trump policies, like the wage hike, to be unlawful. As the policies were eliminated, the NFAP reported denial ratings leveled off. In the first quarters of 2021, the denial rating is 7.1%.

Regardless of political party, Dhade says the federal government’s labyrinth is built to be challenging.

“Immigration is designed to be very frustrating, incomprehensible and discouraging, unfortunately,” he said.

Michigan could be a ‘poster child’ for a new visa program

Former Republican Gov. Rick Snyder proposed creating 50,000 special visas that required migrant workers to live in Detroit, a city that’s hemorrhaged residents during the last 70 years. The visas would have gone to high-skilled immigrants with advanced degrees, but the proposal never got off the ground.

Tobocman, a former state representative for southwest Detroit, said the spirit of Snyder’s proposal lives on in a movement to create regional work visas.

Fikri said increasing the cap on H-1B visas is “essential,” but visas for skilled immigrants generally go to major metro areas with large employers, leaving behind rural communities. Small and mid-sized business are almost entirely left out of the competition for skilled visa workers, he said.

This isn’t a coincidence, Fikri said. Navigating the bureaucratic hurdles of the visa system pushes out rural businesses but a program dedicated to serving rural areas has potential to be “politically feasible,” he said.

“We see in Michigan, and cities across the Rust Belt, this story of immigrant-led resurgence in areas does happen,” he said. “We just want to see it happen more and more often.”

Fikri said Michigan could be a “poster child” for the heartland visa, which aims to inject talent directly into struggling communities. Creating the new visa requires an act of Congress, and Fikri expects a bill could be introduced in the near future.

“The window is now open because the demographic trends are so clear,” Fikri said. “I think that the political winds may change here soon as the extent of the labor shortages coming out of the pandemic make themselves felt.” 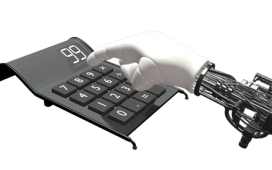 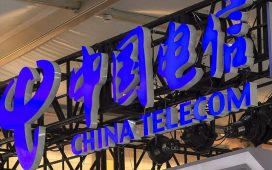