Surface Duo 2 is remarkably thin and has a larger screen, while Samsung’s foldable is more refined and beautiful with superior brightness and color.

While Microsoft’s Surface Duo 2 isn’t as dramatic and showy of a device as the Samsung Galaxy Z Fold 3, the two phones are more similar than they might seem at first glance. Besides being foldables that expand from a somewhat standard size to that of a small tablet, many of the specifications are a near match. After some initial concerns about price and doubts regarding durability, flexible smartphones finally seem to have found a place in the market and Microsoft is ready once more to challenge Samsung’s dominance in this category with its one and only smartphone, the second-generation Surface Duo.

The Galaxy Z Fold 3 represents the peak of Samsung’s experience with flexible screens. Being a third-generation foldable, it’s more durable than ever with an IPX8 rating and a hinge that was tested with 200,000 cycles. The processor has been upgraded to Qualcomm’s current best, the Snapdragon 888, and three rear cameras provide ultra-wide, wide, and telephoto photos. The cover screen has expanded to cover the entire back of one side panel and refreshes at a fast 120 hertz rate. When folded it looks and performs just like a regular smartphone, although a rather thick one at 16 millimeters.

Related: Surface Duo 2 Vs. Surface Duo: Is Microsoft’s Second Phone Worth It?

Microsoft’s newest foldable, the Surface Duo 2, takes big strides from where the original left off. By adding 5G support, improving performance with a Snapdragon 888 chip, and increasing the refresh rate to 90 hertz, it brings the specifications to the level needed to compete. The number of cameras increased to what is becoming a standard array of ultra-wide, wide, and 2 times telephoto. No IP rating was given, so this phone should probably stay away from water. Priced at $1,500, Microsoft has undercut Samsung by $300. However, if the 256-gigabyte storage of the Z Fold 3 is matched, the price difference drops to $200. On paper, the two devices are quite similar and both add special features for better multitasking and splitting one app across the fold.

Microsoft’s Surface Duo 2 is quite similar to Samsung’s Galaxy Z Fold 3 in many ways, but there are some clear differences. The camera array of the Surface Duo 2 is just an ugly black bump, while Samsung made the cameras a part of the design. The Z Fold 3’s cover screen reaches edge-to-edge, resulting in a more refined look than the big bezels on Microsoft’s Surface Duo 2. Samsung’s greater experience with foldables is reflected in the beauty of its device. The Surface Duo 2, on the other hand, has a very functional look and is remarkably thin, only 11 millimeters when folded and a super slim 5.5 millimeters when unfolded.

The Surface Duo 2 has two separate screens totaling 8.3 inches that are protected by Gorilla Glass Victus, making its inner screen as strong as most other flagship smartphones. The Galaxy Z Fold 3 offers a continuous 7.6-inch inner display with a plastic screen. While Samsung claims it is 80-percent stronger, it can still be marked with nothing more dangerous than a fingernail. Over the long term, the Galaxy Z Fold 3 might begin to show accumulated wear on the plastic screen, while the Surface Duo 2’s display matches the durability of modern flagships, being hard to crack and somewhat scratch-resistant. Water, however, reverses that assessment, since the Z Fold 3 can actually be submerged in water and survive.

The bottom line is that each foldable has its pros and cons. If screen durability is a concern, Microsoft’s Surface Duo 2 will probably fare better and it’s the least expensive option. If water is a potential danger, Samsung wins, since the Surface Duo 2 has no water resistance rating whatsoever. The continuous main display is brighter with richer colors and the big cover display looks sharp, representing a top-quality device. Microsoft has made big advancements with the Surface Duo 2 and it really is a competitive device, but Samsung’s Galaxy Z Fold 3 is an all-around better foldable phone and likely to be worth the extra money.

Does iPhone 13 Come With A Charger? What You Should Know

Alan is a Tech Writer living in Nova Scotia, Canada. A tech-enthusiast since his youth, Alan stays current on what is new and what is next. With over 30 years experience with computer, video and photo equipment, you can expect useful tips and insights in his writing. Alan has a degree in programming, many years focused on design, editing and animation. The last few years managing logistics and e-commerce operations for a mobile accessories company took much of his time. Alan is a true jack of all digital trades in this ever changing computer-enriched world. To stay flexible in thinking and in body, he practices yoga, light cardio and eats a whole food diet, based on minimally processed plants. 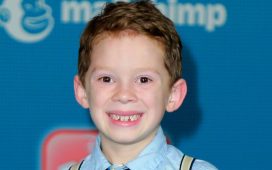 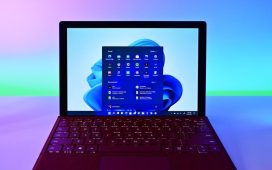 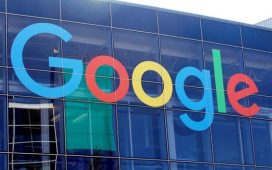 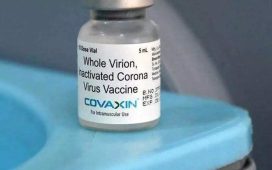