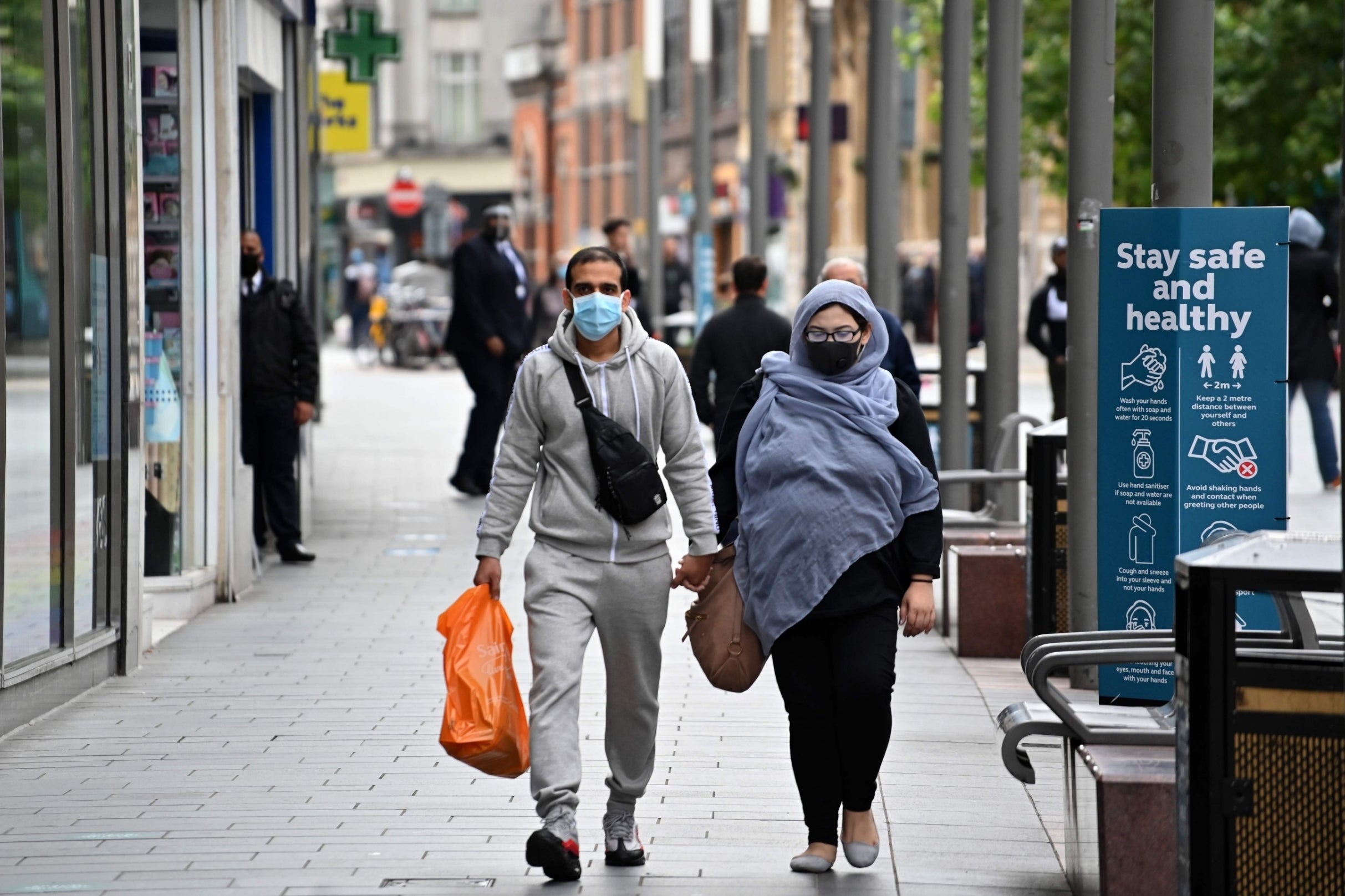 Confusion over whether people must wear face coverings in takeaways and sandwich shops must be cleared up before an order making them compulsory comes into force, MPs have warned.

Health Secretary Matt Hancock announced on July 14 that wearing masks in shops and supermarkets will be mandatory in England from Friday July 24, with anyone failing to comply facing a fine of up to £100.

But the new regulations will only be published on Thursday, less than 24 hours before they come into effect, and ministers have been accused of not providing enough clarity.

While face coverings will be mandatory in shops and supermarkets from Friday, the opposition accused ministers of “making things up as they go along” over takeaways and sandwich shops.

The criticism came after days of mixed messages with Mr Hancock and Boris Johnson’s official spokesman contradicting each other on the matter.

The Health Secretary said last week: “You do need to wear a face mask in Pret because Pret is a shop. If there’s table service, it is not necessary to have a mask. But in any shop, you do need a mask. So, if you’re going up to the counter in Pret to buy takeaway that is a shop.”

But the Prime Minister’s official spokesman later said: “We will be publishing the full guidance shortly but my understanding is that it wouldn’t be mandatory if you went in, for example, to a sandwich shop in order to get a takeaway to wear a face covering.

‘Don’t leave home without a mask’, urges minister ahead of new law


“It is mandatory … we are talking about supermarkets and other shops rather than food shops.”

The Daily Telegraph reported early on Thursday that people using sandwich shops and takeaways will be required to wear a mask, and buying food from the counter and then sitting down to eat inside the shop will be banned.

The newspaper reported a source as saying: “You have to sit down straight away if you are going to eat in. If you can sit at a table, you don’t need to wear a mask.”

The Government refused to confirm the report ahead of the formal announcement on Thursday.

Under the new regulations, people will need to have their nose and mouth covered or be liable for a fine of up to £100. However, those with certain disabilities will be exempt.

They will bring bring England into line with Scotland, where face coverings are already mandatory in shops.

Liberal Democrat health spokesperson Munira Wilson said that with just a day to go to the new rules being enforced, the Government was in a mess.

She said: “People need a Government that can offer genuine reassurances and steer the country to safety.

“After all, clear communication is critical in a public health crisis. Instead, this confusion on guidance shows Ministers simply could not organise a bun fight in a bakery.

“All this stinks of ministers making it up as they go along instead of listening to the experts.

“The Government must urgently provide the clarity businesses need to operate and people need to feel safe.”

Passengers have been required to wear face coverings on public transport in England since last month.

Former head of the civil service Lord O’Donnell told peers on Wednesday the Government needed to improve its communications.

Giving evidence to the Lords Public Services Committee, he said: “If anyone knows what the clear message on masks is, please tell me.”