Traffic was abysmal at this year’s Monterey Car Week. Blame it on the 20,000 captive car enthusiasts who descended upon this picturesque peninsula on the California coast 120 miles south of San Francisco to flaunt, ogle, and nerd out over the world’s most expensive cars. The week culminated in a splashy Sunday afternoon cascade of confetti as a prewar 1937 Alfa Romeo 8C won the Pebble Beach Concours d’Elegance best of show, edging out the crowd favorite, a cream-colored 1937 Cadillac.

The sheer size of the audience that visits Monterey Car Week is a reminder that the love for the gasoline-powered, four-wheeled motor car isn’t dead, and there are many well-to-do benefactors intent on preserving its legacy. The official Concours held at the Pebble Beach Lodge, dates back to 1950, when only two dozen cars were shown off. Pebble is steeped in tradition, and the winning cars need to be restored to period-correct perfection.

Pebble is steeped in tradition

What carmakers unveiled during Monterey Car Week had little to do with furthering the legacy of the traditional internal combustion engine. Instead, they teased future concepts that are largely centered on electric powertrains and a growing desire to be perceived as advanced in an industry that’s in transition. It was a testing ground for how their next moves are seen by staunch critics, discerning enthusiasts, and core customers.

Of course, there were plenty of historical automotive activities throughout the week: sister shows at the Quail, the Concorso Italiano, and the more pedestrian Concours d’Lemons catered to cars of less fanciful pedigree. With the exception of the Lemons show, the uncomfortable air of old money and a bull stock market loomed. Auctions drew an estimated $368 million, according to Hagerty, the classic car insurer and financier.

Two obscenely high sales made news on the blocks: $48.4 million for a Ferrari 250 GTO at RM Sotheby’s and a $22 million record-breaking American car sale at the Gooding Auctions of a 1935 Duesenberg SSJ Roadster. In recent years, automakers have tapped into this engaged crowd and made it a hub for new super car sales. And as the car business shifts, so does the type of new vehicles shown across town, an indication of what’s to come.

Marek Reichman, Aston Martin’s design chief, says that he feels there’s room for a balance between present and past. The car enthusiasts tend to be knowledgeable about automotive history and curious about innovation. “We sit close to Silicon Valley. It’s a week that’s all about cars from the earliest days, but it’s also a week that’s about cars for 2025,” he says.

Many luxury car companies brought their senior executives to Monterey for interviews and meetings with dealers. In past years, it seemed that brands merely wanted to show face at Pebble. Now, they’re making some of their biggest announcements at the tail end of summer, ahead of traditional auto season. It’s a sign that interest in the staid convention center shows in Detroit, Los Angeles, and New York may be waning. The Detroit Auto Show will move from frigid January to June in future years, which may stave off further decline in automaker participation. We’ve reported that CES has become a news-driven auto show, but, in many ways, so is Pebble Beach.

Aston Martin transformed a Carmel-by-the-Sea performing arts center into a chic club to show off its cars. The event was open to the public, but it took some personal connections to get up close with the future. Both the Lagonda Vision Concept electric car and Volante Vision Concept, an Aston Martin vertical takeoff and landing concept, were shown on a lit stage. In small groups, executives escorted their best customers and members of the media for an up-close glance. “It’s a learning place for us as a company, and it’s also a place we can actually show how far we are pushing the brand as well,” Reichman says. The setting of Pebble Beach gives his design prospectus unique context. “This is a place where you see things that were successful in the past and things that failed in the past. There’s such a knowledge base here over the week.”

Concept car extravaganzas were held all over town. Infiniti showed off the Prototype 10 at the Quail, an ancillary show of exotic cars held on a Carmel-by-the-Sea property, where sunshine, champagne, and oysters are plentiful. Mercedes-Benz held a grand party at a private home to unveil its new electric concept, the 738-horsepower Silver Arrow EV, a tip of the hat to the 1937 W125 racecar, complete with a touchscreen for video game-like racing. Audi debuted its vicious PB18 trackside, a car that emphasizes the electric power the driver has behind the wheel.

These concepts were transported to the main show at the Pebble Beach Lodge on Sunday morning. The lawn the cars were shown on is located just outside the entrance to the ultimate classic car show, as if the presence of these cars suggested what’s to come. All day on Sunday, a band of people walked around the velvet ropes to get a closer look at the one-off concepts. One product specialist took special care to explain exactly how the engine performance would work on the Genesis Essentia to clusters of curious passersby. The wicked designs were enough to pique the interest of enthusiasts of all ages to stop and gawk.

But even at Pebble Beach, executives I talked to were unsure if the concepts would become something more than a futuristic display.

“It’s hard to say,” Infiniti design director Karim Habib says. “My feeling is that we haven’t reached the tipping point, but the tipping point will come.” He cited Tesla’s influence and his parent company Nissan for creating the Leaf as a mass product. “We know we can do it, and we can do a compelling product. Does the market want it? I would say, personally, it’s just a matter of time. It’s really fun to drive these cars.”

But other people weren’t convinced that the world is ready for the electric car to take over. I met Gregory Erker and his wife as they checked out the Mercedes-Benz concept car. Erker described himself as car lover but not a collector. The couple said they drove down from San Francisco to check out the classics and watch the people whose Pebble Beach costumes are often as interesting as the rare cars.

“I think electric cars seem like the next wave of the future,” Erker says. “I don’t know how the infrastructure is all going to work out with electric cars, so right now, I’m not quite enamored with them. But maybe someday, when they become more popular and easy to juice up.”

Pebble Beach may be the perfect place to imagine a utopian, electric future. The cars are gorgeous, and the amount of capital the ultra rich throw around like Monopoly money is unbelievable. “Beauty is one thing, but it seems like the more beautiful it is, the pricier it is,” Erker says. “I think, for most people, it’s gorgeous and more power to you if you are able to own and maintain them. They are great to look at, but the question is: how practical are they for most people?”

One trend that automakers avoided at Pebble Beach was hyping up their autonomous driving strategies. This segment of enthusiasts is not ready to give up the keys. And so in this bucolic setting, the self-driving revolution seems far off.

But, still, we know it’s coming.

Perhaps one day, Pebble Beach will be one of the only places left where classic cars use gasoline and are driven by people. After all, before the car took over, the horse and buggy dominated. Horses may not drive on public roads much these days, but there are still plenty of people who like to gather for the purpose of admiration and remember the way we were. If the car goes the way of the horse, prices for rare collector cars at Pebble Beach may continue to rise.

Photography by Tamara Warren for The Verge 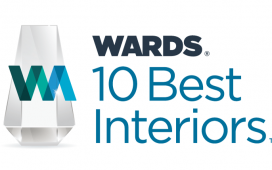 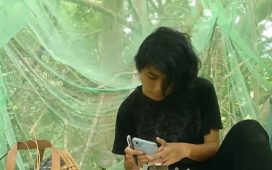 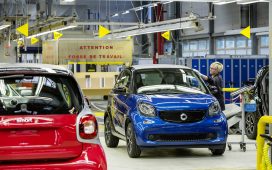 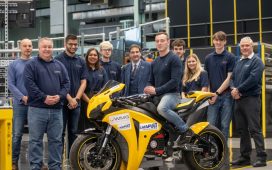