BENGALURU: Two prominent venture capitalists have come together to launch Mosaic Wellness, a consumer brands company, which has raised $10 million in its maiden funding round.

Revant Bhate, formerly with venture capital firm Kalaari Capital and Dhyanesh Shah, who was an investor at Eight Road Ventures — Fidelity Investments’ venture arm — launched the firm, which is currently operating in stealth mode and building a slew of digital-first consumer brands.

Mosaic Wellness will use the capital to invest in hiring talent, and research and development, Bhate told ET.

The Mumbai-based startup is expected to launch its first brand early next year.

“Over the next 8-10 years, there is an opportunity to build large Indian consumer brands across verticals. One of the spaces that we are really excited about is solution-oriented brands in the personal care space,” said Mukul Arora, Managing Director, SAIF Partners.

India has a large youth segment in the working age, with rapidly increasing purchasing power, increased taste for premium products and access to affordable internet.

With the rapidly growing digital economy in smaller towns and with fast moving consumer goods forming the largest share of a consumer’s wallet, the sector is poised for growth in the next few years, investors say.

Premium products, health and wellness, and lifestyle and recreation are the top three categories that will see maximum consumption demand, according to management consulting firm BCG.

The investment in Mosaic Wellness underscores a rising trend among funds to cut large cheques at an idea stage for second-time founders and seasoned industry professionals as they look to get in early on the most competitive deals.

“Due to our long relationship with Rebel Foods, we have worked closely with Revant…This helped the team build quick conviction on the idea and partner early,” said Sequoia’s Ravishankar.

Matrix Partners India has been one of the most active early-stage investors in the consumer brands space, backing at least five companies this year, including And Nothing Else, &Me, and Country Delight. 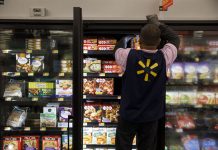 Walmart hires 100,000 to meet surging demand as toilet paper and sewing machines fly off the shelves 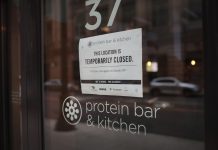 Gone but not for good: Restaurants try to keep in touch with furloughed workers 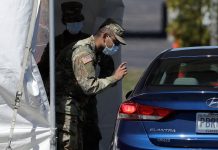 CVS and Walgreens are opening more drive-thru coronavirus testing sites. Here's what to expect if you go