Mother of Westminster attacker says her son had 'fiery personality'


The mother of Khalid Masood has told an inquest into the deaths of those he killed last year at Westminster Bridge and outside parliament that she “knew immediately” that it was him when she saw an image of his body after learning of the attack on the 10 o’clock news.

Janet Ajao told the hearing at the Old Bailey that her son had always been a “fiery personality” who liked drinking and fighting in the years before he converted to Islam and she had worried even then that he might kill someone.

During evidence, where the press were cleared from the room and listened via an audio link in another room, Masood’s mother spoke of the life of the boy she referred to as Adrian, his name before converting to Islam.

Ajao recalled the last time she had seen him, when he visited her days before the attack in March last year. It had been several years since they had seen each other and he initially met her in hospital, where her husband was being treated.

“He just looked at me and said, ‘They will say I am a terrorist but I am not,’” she said of his last words, which he uttered as he left the kitchen in her home the following day.

“He walked away and I did not say anything. That was basically because I had no idea what he was referring to.”

Later, under cross-examination by counsel for those who lost their lives in the attack, she repeated her earlier insistence that she had never suspected that her son was being radicalised or turning towards violent terrorism.

“I never regarded it as radicalisation. He has taken it on board and he has chosen to follow it. I never thought of terrorism at all.”

Ajao said she was “utterly ashamed” of the act which Masood had committed last year.

Asked by counsel if she had been aware of terror attacks in recent years, she responded: “I am aware of them and I had no idea that one of my children could commit them. I am utterly ashamed. I am ashamed.”

Asked about her belief that he could kill someone, she replied that this was something that she had believed when he was much younger but thought he would eventually “grow out of it”. She also described Masood’s wife as a “calming influence”.

It was also put to her that his last encounter with her had presented a “golden opportunity” to prevent the attacks.

“With hindsight I can see it would have made a difference but at the time, with hindsight, it did not occur to me that this was going to happen.”

The court heard that Masood had long harboured resentment towards her over the fact that his two brothers had got into grammar school and had gone on to have successful careers, while he had gone to a comprehensive.

At one point, Ajao broke down in tears as she spoke about an email sent by Masood in 2013, which prompted her to wonder where she had “gone wrong” while raising him.

“I sat there weeping … I was horrified and I spent a long time thinking about it,” she said of the email.

“I remember spending years thinking, ‘What did I do wrong when I was raising these three sons? What should I have done?’ and it was unbearable.”

Ajao recalled her son’s transformation on emerging in 2004 from prison, where he had embarked on his conversion.

“He had met someone in prison who advised him, explained to him,” she said, adding how her son would harangue her on the telephone about the tenets of his newfound faith.

“He never stopped talking about it. On and on and on. He would telephone and I would want to say, ‘How are you? How are things? How are the children?’

“I could put my phone down, walk across the room and make a cup of tea and he would still be on.”

She said that she had no recollection of her son having “extremist views” or expressing views that were hostile towards the west, however.

Earlier, the inquest was shown notes made by Masood days before the attack, in which he referred to an “exciting opportunity”.

One theory for the notes – which were scrawled on a page showing a map of the UK – were that they contained his final thoughts as he planned the atrocity.

The inquest at the Old Bailey also heard he had been searching for Isis online along with other terrorist material. Next to a map of the UK, Masood wrote “previous examples” followed by “this life right time,” “all outcomes are good so go ahead”.

He also drew a line to the word “sheikh”.

Two days before the attack, Masood had searched for the driving capabilities of the Hyundai Tucson he had rented to carry out the attack.

He wrote “drive mode = sport mode” followed by “between seats” and “lock doors”.

His scrawling ended with the words “hatred motivation”.

Adamson said: “The notes we see on this page seem to correlate with events happening in the days prior to the attack.”

Counter-terror officer Det Insp Dan Brown agreed: “I think so. He was noting down his own thoughts.”

But he added that Masood had also been looking for jobs at that time and so the notes could be interpreted in a number of ways, including making a reference to going to work in Morocco.

Brown also told the inquest that police were still unable to account for a chunk of time between Masood carrying out reconnaissance of Westminster on the day of the attack and then returning to carry it out after he was believed to have gone south of the Thames.

Extensive inquiries had been made and an analysis had been carried out using CCTV from a large number of establishments but police were still unable to narrow down his whereabouts.

“There is no evidence to suggest that he met anyone else from the inquiries we conducted,” he said. 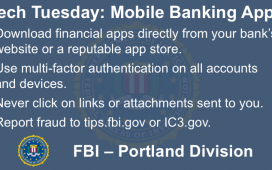 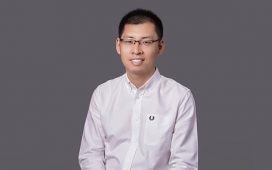 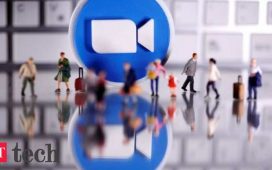