The Motorola One Vision is set to launch in India. Launched globally last month, the One Vision runs on an Exynos 9609 chipset and comes with a 48MP camera. 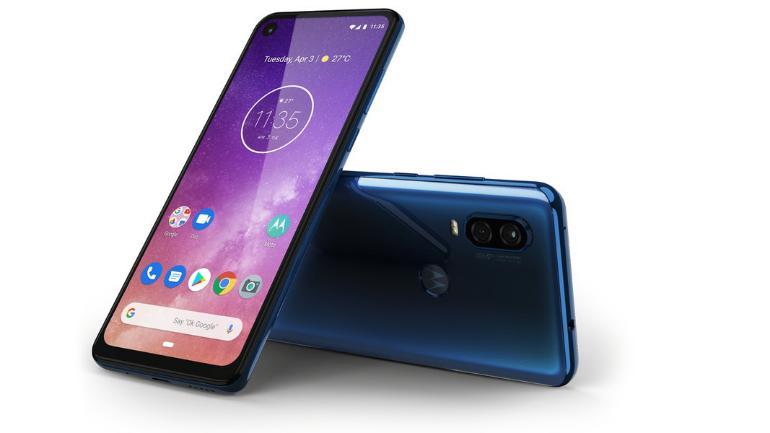 Motorola has had a quiet run for a while in the Indian market with its 2019 Moto G7 series phones. However, it seems that the Lenovo-owned company is now ready to make some noise in the market and unveil a competitive product to rival the new Chinese offerings. And it seems that Motorola is ensuring its next offering is bringing the leading smartphone features instead of offering old ones.

In a recent social media post, Motorola India has teased a new smartphone for the Indian market. Although the teaser doesn’t reveal the name, it clearly hints at the Motorola One Vision which was recently launched in Brazil. The teaser shows an almost bezel-less display with a hole-punch camera on the top corner. Motorola is also hinting at the taller 21:9 Cinematic display.

While the teaser doesn’t reveal any information about the specific launch date, Gadgets 360 reports that the One Vision will make its Indian debut on June 20.

The Motorola One Vision is an important product for Motorola in India. Last year, the company’s Motorola One Power offered a highly compelling midrange smartphone under Rs 20,000 with an impressive battery life. The One series phones from Motorola get Google’s Android One ROMs, which means at least two years of OS updates are guaranteed.

With the One Vision, Motorola is relying on the Samsung Exynos series chips for the first time, distching Qulacomm’s Snapdragon chips. The One Vision uses the Exynos 9609 chipset which is almost identical to the Exynos 9610 chipset on the Galaxy A50. Unlike the One Power, it gets a smaller 3500mAh battery but comes with support for 15W fast charging.

The highlight of the One Vision is its 6.3-inch IPS LCD display with an aspect ratio of 21:9, which claims to give a cinematic viewing experience. Motorola has eliminated the notch and gone for a hole-punch camera cutout at the top corner.

Valuation risk for Apple ahead of iPhone launch?

Actress fired from gay role for Facebook ‘homophobia’ – The Times