Here are the week’s top stories, and a look ahead.

1. House Democrats have demanded to see the full Mueller report. But how much of it will lawmakers — and the public — actually see?

That’s up to Attorney General William Barr, above, who has been reviewing the 400-page report to decide what to make publicly available, and what to black out. Mr. Barr has promised to give lawmakers as much of the report as possible by mid-April, subject to necessary deletions, but Democrats are growing increasingly impatient with the prospect of a heavily redacted document.

And they’re not alone. Members of Robert Mueller’s team have told associates that Mr. Barr failed to adequately convey their findings.

2. President Trump took several aggressive steps at the Federal Reserve last week. Some were more traditional than others. Above, Mr. Trump with the Fed chairman, Jerome Powell, in 2017.

The president called on the Fed to cut interest rates and take additional steps to stimulate economic growth, criticizing the central bank’s rate increases in 2018. He also said he intended to appoint two vocal supporters, Stephen Moore and Herman Cain, to the board of governors.

Mr. Moore is the founder of a group that backs conservative candidates, and Mr. Cain, a former pizza executive, sought the Republican presidential nomination in 2012. He’s also facing a fresh round of accusations of sexual misconduct.

Our economics correspondent takes a look at what’s at risk if the Fed becomes as partisan as the rest of Washington.

3. Joe Biden had a take-it-slow strategy for 2020. But when a crisis unfolded, he did not have an agile or fully staffed campaign to confront it.

Mr. Biden, pictured above at a union conference last week, has faced accusations from multiple women who said his physical contact made them feel uncomfortable. It was a dayslong crisis that seemed entirely foreseeable, our political reporters write. They examine how Mr. Biden’s slow-to-the-gate approach may hamper his campaign. Allies of the former vice president have been told to expect an announcement after Easter.

They are thinking. Weighing. And, in many cases, already campaigning. There are now 17 Democrats running for president.

4. There’s a new tool for the military that might make soldiers more precise on the battlefield, better able to juggle chaos and more resilient against PTSD. And it’s all in the mind.

Soldiers in several countries, including the U.S., are being taught mindfulness practices, deep breathing and meditation techniques to improve focus during chaos. Above, a mindfulness class at Joint Base Lewis-McChord near Tacoma, Wash.

In other military news, last week NATO envoys celebrated the 70th anniversary of the alliance. Our national security correspondent wrote about how the bonds from 1949 have begun to fray.

5. Israel’s election on Tuesday may appear to be a simple referendum on Prime Minister Benjamin Netanyahu. But our photographer and Jerusalem bureau chief describe a much more complex electoral landscape.

Mr. Netanyahu, above, faces an unexpectedly stiff challenge from Benny Gantz, a former army chief and career soldier. At first glance it seems like a head-to-head contest, but under Israel’s chaotic and confusing parliamentary system, a panoply of small parties could tip the balance.

“Say what you will about Bibi,” said a former employee of the prime minister, using Mr. Netanyahu’s nickname. “He wants the job more than anyone else. He wants it more than anything in the world.”

That was Lori Lightfoot, above, celebrating her election as the first black woman to lead Chicago and the city’s first openly gay mayor. Ms. Lightfoot, a former prosecutor, swept to victory with no political experience and what she called a “broad mandate for change.” Now comes the hard part.

Chicago is complex and full of problems, which are now hers to solve: corruption, decades-long struggles with crime, segregation and policing, and urgent fiscal issues. Our reporters wrote about the challenges facing Ms. Lightfoot as she steps into her new leadership role.

7. A mysterious infection is sweeping the globe, providing a new and searing example of a deadly public health threat: the rise of drug-resistant germs.

The germ, a fungus called Candida auris, preys on people with weakened immune systems. Over the last five years, it has appeared in countries around the world, and most recently, New York, New Jersey and Illinois. The federal Centers for Disease Control and Prevention has deemed it an “urgent threat.”

Hospitals and governments are reluctant to disclose outbreaks of the germ, and a hushed panic is playing out around the world. Here are some basic facts about the fungal infection.

The Fighting Irish, above, will try to pick up a second consecutive women’s college basketball championship Sunday night when they face Baylor in a rematch of the 2012 final, which the Lady Bears won easily. Tipoff is at 6 p.m.

Our basketball columnist wrote about how Notre Dame’s star guard, Arike Ogunbowale, is the kind of player women’s basketball needs.

And on Monday night, Texas Tech and Virginia will face off in the men’s college basketball championship. The game is at 9 p.m.

Have a zen week.

Your Weekend Briefing is published Sundays at 6 a.m. Eastern.

You can sign up here to get our Morning Briefings by email in the Australian, Asian, European or American morning, or here to receive an Evening Briefing on U.S. weeknights.

What did you like? What do you want to see here? Let us know at briefing@nytimes.com.

The Joy of Tech® ‘Stop Hate for Profit!’ – Security Boulevard 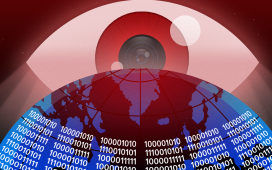 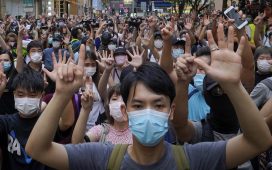 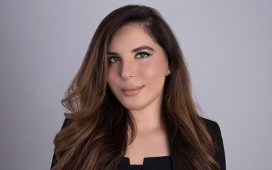 Romania’s needs and Israel’s tech capabilities fit each other like a glove, says trade attaché – CTech 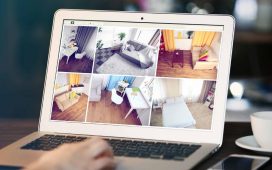