Mumbai will be able to breathe easy by July 15: BMC commissioner

Brihanmumbai Municipal Corporation (BMC) commissioner Iqbal Singh Chahal told Krishna Kumar in an interview that Mumbai will be able to breathe easy by July 15, when the number of fresh cases in the city is expected to come down to 100-200 a day.

Talking about the steps being taken to contain the spread of Covid-19, Chahal, however, cautioned that the new normal means people will need to take precautions until a vaccine is found. Edited excerpts:

How do you view the situation in Mumbai?
We now have a perfect grip on the virus. From 9.5%, the growth rate has come down to 2.6%. Worldwide, experts say that once you get your doubling rate in 30 days, then you are in control of the situation. In wards like G North (Dadar), which earlier had a big spike, the doubling rate is 50 days and more. Similar is the case with M East.

This is a great indication that we are now on top of the situation. The national average is 17 days. No other city in the country has achieved a doubling rate of 30 days. At one point of time, Delhi had fewer cases than us, but now it is adding more than 2,000 cases (daily).

There are only six to seven wards where we are seeing more cases and we are now focusing aggressively in these areas. Once that is done, the battle is won.

This must be a relief, especially since the improvement has happened despite Mumbai opening up…
On June 3, when the restrictions were eased, I was mentally prepared to see cases double, especially after I saw the crowds at Marine Drive, where social distancing went for a toss. I believed that cases might surge from 1,500 to 2,500 per day. However, despite opening up, we are now seeing fewer cases. In fact, we have not crossed 1,500 in the last few days.

We are, however, arranging for more beds. We now have 2,000 beds, and in the next 10 days, we will have 500 more ICUs (intensive care units). We are now preparing to ensure that even if we have a lakh more patients we have the infrastructure to handle it. For the last several days, I have not got any messages on my phone of people seeking beds because the situation has improved so much that people are getting beds easily.

Which are the wards that the BMC is focused on?
P North, P South, R South, R North, K East and S and T wards. Here too, we are getting cases because these are all places which are on the fringes of the Mumbai city. So people come in from Thane, Mira Road and other places into these areas.

Many people speak of Dharavi but wards like M East (Govandi) must have been a huge challenge as well…
In M East, almost 80% of the ward is slums. Here people live in extremely congested localities and homes; there is no social distancing. Yet, due to our aggressive measures, we have managed to double the days taken for the virus to grow there. Dharavi is also a big success story. There are lakhs living there in congested surroundings and the way we tracked the cases, isolating people, it was a great success story. I have told my staff that for every positive person in slums they should catch 20 more of their contacts, lift them up forcefully if they have to and isolate them. We need to cut the contact of the virus.

How many more days will it take before the pandemic is completely controlled?
In the next 15 days, new cases will come down drastically and by July 15 we will have 100 to 200 cases per day on average. Now, we are going to focus on just the few wards. We have prepared a plan and are going in for rapid testing. We have engaged with NGOs, which will provide ambulances. We have told labs to recruit boys and that BMC would pay for them. These ambulances would do house-tohouse surveillance in these wards. If anyone has a fever or shows symptoms, the test would be done there itself. We have told the labs that we need the test results within 24 hours or we will shut the lab. Once you get the test results faster, it is easier to contain the spread of the virus.

There has been some controversy over the new BMC rules to not give the report to patients but to the civic body directly…
We did this because if a patient gets a positive report, he immediately gets himself admitted to a hospital even if he is asymptomatic. The shortage of beds in Mumbai happened because 95% of the beds in private hospitals had people with asymptomatic cases. We had allowed private hospitals to allow walk-in patients, people who were really sick to be admitted. However, they took advantage of this.

The hospitals wanted money and these asymptomatic people felt psychological security. This led to a situation where people who were symptomatic and seriously ill could not get beds and they died. I have told hospitals that I will wear a PPE kit and come to the hospital and if I find any asymptomatic patients in your hospital then I would throw them out. We have issued an order and told hospitals that they will be booked under the Epidemic Diseases Act if they admit asymptomatic people. Of course, if people show symptoms then they can be admitted, but all admittance in hospitals would now be done through the local ward offices.

When do you expect Mumbai to go back to normal or pre-March 23, when the first cases came up?
This will go on; we will keep getting new cases. Nowhere in the world has any country got zero cases. Till the vaccine comes in, people would need to wear masks, practice social distancing, use hand sanitizers and wash their faces. This is the new normal. Hopefully, if the vaccine arrives, then things would become normal.

When can we see common people commuting in local trains?
Everything has to be done in a graded fashion. We have started local trains for essential services personnel now because hospitals told us that they would be able to add 1,000 beds if they have staff available. With no trains, the ward boys and other staff were simply not able to come to work.

What lessons have been learnt from the pandemic?
We have to boost our health infrastructure. We spent 1% of GDP on health at the national level and at the state level too, the health sector development was poor. We need to build more public hospitals. 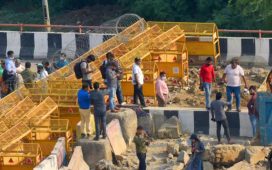 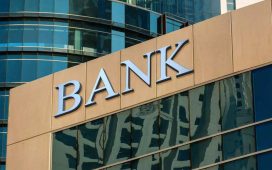 Do you think India is adequately prepared for a new Covid variant? 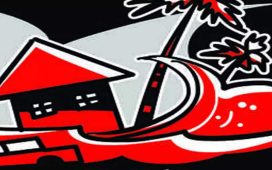 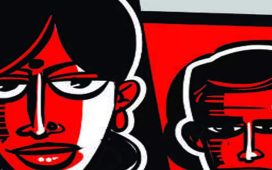