Edelweiss Mutual Fund has said it is not up for sale and denied reports that said the fund house is on the block for sale. “We would like to emphatically deny the contents as the same is baseless and without any reality check. We confirm that we are deeply committed to the growth of this business and there is no such proposal being considered by Edelweiss,” said a statement from Limited.

The fund house said that the story about Edelweiss Mutual Fund being on the block for sale is purely speculative, “based on insinuations of vested interest and is completely baseless and untrue”. The spokesperson said that the fund house strongly and emphatically denies the report and wishes to reiterate that the news is factually untrue and purely speculative and motivated by vested interests.

“Our Mutual Fund business is a strong franchisee, and has seen terrific growth over the last year, doubling its customer base and managing assets of around Rs 85,000 crore as on March 31, 2022. Over the last 5 years, the business has been growing from strength to strength with a CAGR of over 65% as against 17% for the industry and moved up in the industry rankings from 23rd in FY18 to 13th in FY22. We remain excited about the prospects of this business and remain committed to investing in its growth,” said Radhika Gupta, MD & CEO, Edelweiss Mutual Fund. 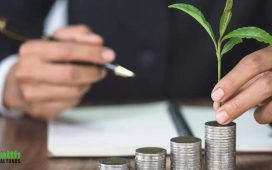