There is a notably stark contrast between the moon’s heavily-cratered far side and the lower-lying open basins of the area facing Earth. And scientists now believe they have now solved the decades-old lunar mystery. New evidence supplied by US space agency NASA now suggests an ancient collision between the moon and another celestial object was responsible for the lopsided lunar surface.

The new research suggests a collision between the moon and a moon-sized dwarf planet in the early solar system is the best explanation.

The difference between the Earth-facing near-side of the moon and the moon’s scabrous far side has been debated since the NASA Apollo era.

Measurements made by the NASA’s Gravity Recovery and Interior Laboratory (GRAIL) mission in 2012 supplied the extra data needed about the structure of the moon.

These included how the moon’s far side has a crust which is thicker than the near side and includes an extra layer of material while the near side boasts a thinner and smoother crust.

Dr Meng Hua Zhu, a co-author of the study, said: “The detailed gravity data obtained by GRAIL has given new insight into the structure of the lunar crust underneath the surface.”

Dr Hua Zhu’s Macau University of Science and Technology team ran hundreds of computer simulations where impacts with the moon resulted in the crust of today’s moon.

The model shows the impact would have thrown up vast amounts of material that would fall back onto the moon’s surface, burying the crust on the far side in 3 to 6 miles (5 to 10 km) of debris.

The model also provides a good explanation for the unexplained differences in isotopes of potassium, phosphorus and rare-earth elements like tungsten-182 between the surfaces of the Earth and Moon.

The Macau University researchers wrote: “Our model can thus explain this isotope anomaly in the context of the giant impact scenario of the Moon’s origin.

Professor Steve Hauck of Case Western Reserve University added: “This is a paper that will be very provocative.

“Understanding the origin of the differences between the nearside and the far side of the Moon is a fundamental issue in lunar science.

READ MORE: Everything we know about SpaceX Starship bound for Mars

“Indeed, several planets have hemispherical dichotomies, yet for the Moon we have a lot of data to be able to test models and hypotheses with, so the implications of the work could likely be broader than just the Moon.”

Scientists are hoping to add to their models with data from moon missions, including China’s Chang’e-4 mission, which landed on the far side of the moon in January.

Analysis of data from the Chang’e-4 mission revealed substances from the moon’s interior on the surface of the crater where the probe landed.

This adds to the weight of evidence suggesting an enormous collision occurred approximately 3.9 billion years ago. 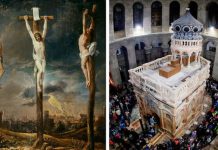 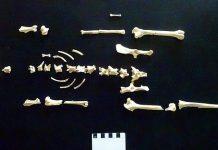 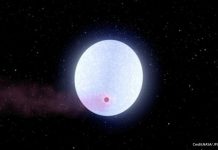 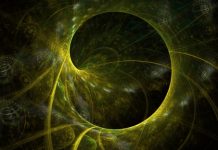 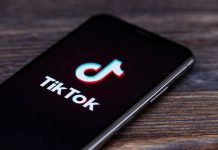 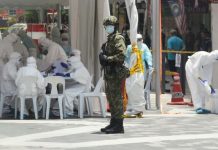 Governments, electric vehicles and solar power are fuelling a boom in demand for battery