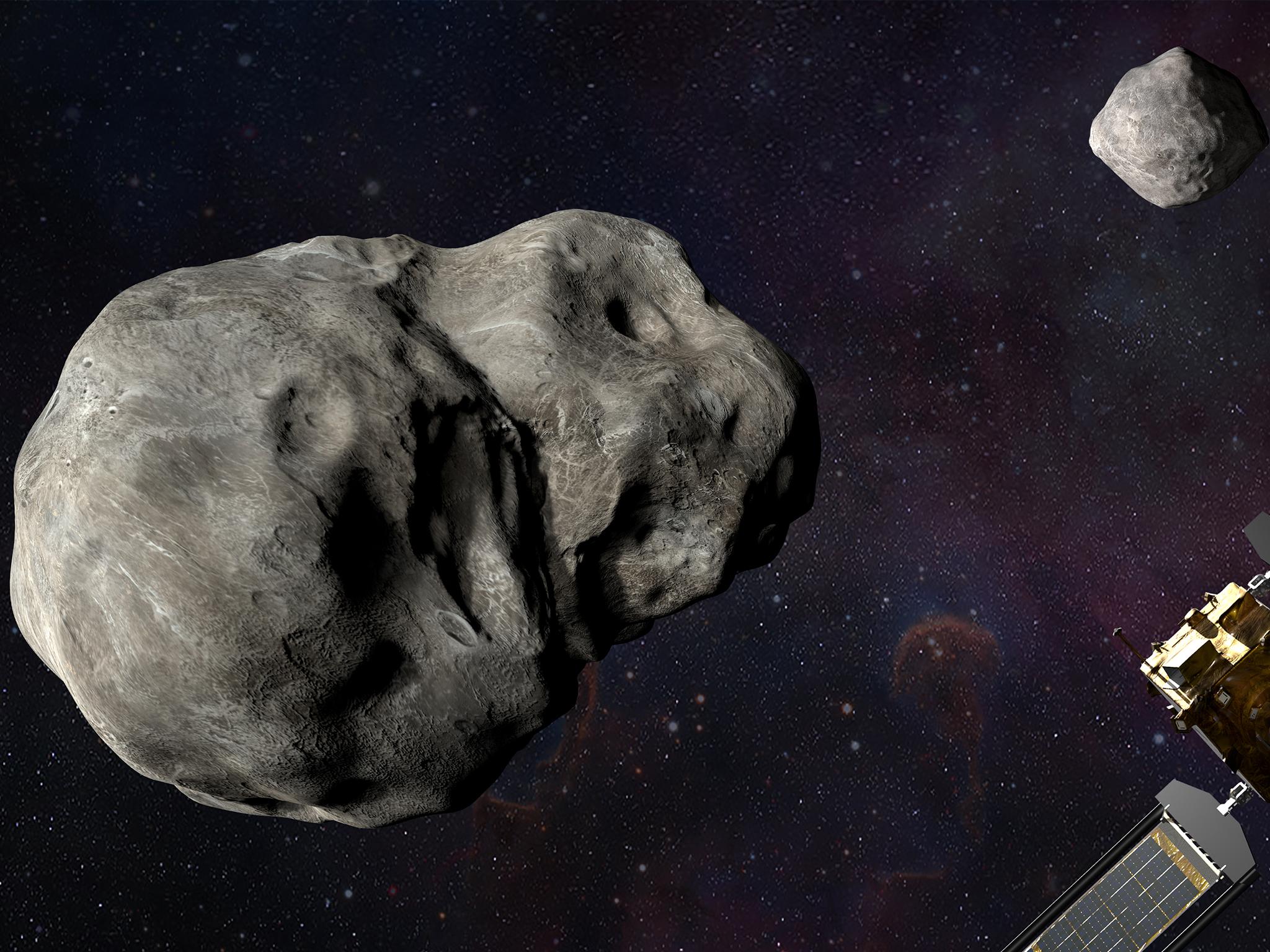 Nasa has given a name to the moon it plans to test its planetary defence on.

The rock will be the target for Nasa’s Double Asteroid Redirection Test (DART) mission, which is scheduled for 2021.

That mission involves deliberately crashing a spacecraft into the asteroid to change its motion in space.

The target asteroid was first discovered nearly two decades ago, with an accompanying moon. The binary system was given the name “Didymos”, while the moon was called Didymos B.

“Upon discovery, asteroids get a temporary name until we know their orbits well enough to know they won’t be lost. Once the Didymos system was identified as the ideal target for the DART mission, we needed to formally distinguish between the main body and the satellite,” said Andy Rivkin, a research astronomer and DART investigation co-lead at the Johns Hopkins Applied Physics Laboratory, in a statement.

The moon will now be called Dimorphos. It is approximately the size of the Great Pyramid of Egypt.

“Dimorphos, which means ‘two forms,’ reflects the status of this object as the first celestial body to have the ‘form’ of its orbit significantly changed by humanity — in this case, by the DART impact,” said planetary scientist Kleomenis Tsiganis, who suggested the name.

“As such, it will be the first object to be known to humans by two, very different forms, the one seen by DART before impact and the other seen by the European Space Agency’s (ESA) Hera, a few years later.”

“Hera” is the mission that will be undertaken by ESA a few years after impact, in order to assess DART’s effects.

The impact itself will be recorded by the LICIACube CubeSat, which will be deployed from DART several days before the crash. Longer-term effects will be studied by telescopes on Earth’s surface and in space.

DART is the first mission developed by Nasa’s Planetary Defense Coordination Office to protect the Earth from potentially hazardous asteroids and comets.

“Potentially hazardous asteroids are a global concern, and we are excited to be working with our Italian and European colleagues to collect the most accurate data possible from this kinetic impact deflection demonstration,” said Andrea Riley, DART Program Executive at NASA Headquarters.