The curiosity of space has driven countless missions over the years into space exploration and recently the NASA scientists have proposed that the only way to reach Mars is to flyby Venus, which is Earth’s ‘twin’. Researchers believe that the gravity of Venus can be used as a ‘slingshot’ to turn the spacecraft towards the Martian Planet with less consumption of both time and fuel. NASA is planning the first manned mission to the Red Planet in the 2030s and reportedly the officials have even suggested that the mission can be launched as early as 2035.

The team of scientists rooting for a ‘pitstop’ at Venus before reaching Mars have suggested that it would allow the astronauts to cross out two planets for exploration in a single mission. Therefore, it would double the discoveries made in one shot. While NASA already has a separate mission ‘VERITAS’ in place for Earth’s ‘sister planet’ in 2027, a white paper for the Planetary Science and Astrobiology Decadal Survey published in arxiv includes key points by scientists of human missions to include ‘flyby’ at Venus.

The proposed NASA mission, Venus Emissivity, Radio Science, InSAR, Topography & Spectroscopy or VERITAS “could lend insights” into both the revolution of Earth and the nature of Venus. But NASA Administrator Jim Bridenstine’s speech back in 2019 at International Astronautical Congress (IAC) had indicated that the organisation is considering opposition-class human missions to Mars can include Venus. While Earth and Mars are close to each other in the space, the two-year mission would also incorporate a Venus fly.

Proposed @NASA mission, VERITAS, would peer through Venus’ obscuring clouds to study forces that shaped its toxic surface & characterize its interior. The mission could lend insights to Earth’s evolution & the nature of rocky planets orbiting other stars. https://t.co/VBDoyKxLpM pic.twitter.com/UlcX7on8Wj

According to scientists, the Venus flyby can enhance the Mars mission which has been elaborated by NASA in the recently released report “Sustained Lunar Exploration and Development”. Even NASA’s missions in the past have proved to be enhanced by Venus flybys. Therefore, the researchers have written, that “a human Venus flyby is not only a ‘free’ add-on but a beneficial addition to any opposition-class Mars mission architecture.” Citing all the other benefits the scientists have jointly proposed the consideration of Venus for an “expanded” scientific discovery. 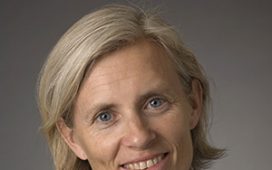 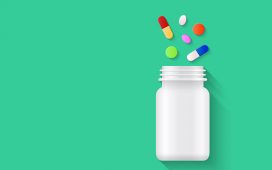