Nationwide’s statutory profit fell by 40 per cent from £516million to £309million in the six months to 30 September.

Payment protection insurance payouts, lower income and heavy investment levels all took their toll on the mutual’s bottom line over the period.

Earlier this month, Nationwide hiked its overdraft rates and scrapped fee-free overdrafts for FlexDirect and FlexPlus customers, leaving two-thirds of its customers facing paying more if they dip into their overdraft. 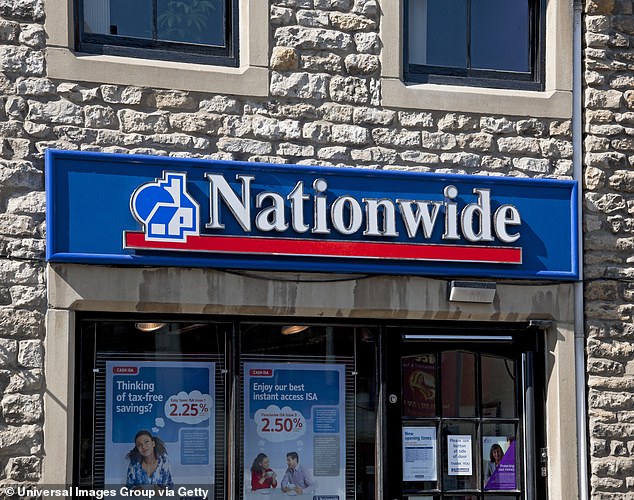 Profit drop: Nationwide’s statutory profit fell by 33 per cent from £516million to £309million in the six months to 30 September

On the PPI front, Nationwide booked a £36million additional charge for compensation, after a last-minute surge in claims before the 29 August deadline, taking its total bill for the half year to £52million.

The building society said the cumulative cost of PPI to the society came in at £473million.

Joe Garner, Nationwide’s chief executive, said the lower profits for the period were ‘in line with our expectations.’

He said the building society had ‘invested in meeting the needs of our members, in our service and in our future.’

The group’s underlying profit came in at £307million, down from £460million at the same point a year ago.

The lender said it expected its net interest margin, a closely-watched measure of underlying profitability, to moderate from a level of 1.12 per cent in the first half.

In charge: The boss of Natiownide, Joe Garner

Gross and net mortgage lending came in at £16.3billion and £3billion respectively, down from £17.3billion and £3.6billion at the same point a year ago.

A combination of low central bank rates and new entrants in the market have driven rates for home loans in Britain to rock-bottom levels, helping consumers but squeezing lenders.

Mr Garner said: ‘We continued to grow our mortgages, deposits and current accounts, but at a more moderate pace, as we focus on broadening relationships with our members and helping to meet more of their financial needs.’

If elected, the Conservative party has said it would launch ‘lifetime’ fixed mortgage rates in a bid to help first-time buyers.

When asked about the Tories’ plan for lifetime mortgages where people fix their rates for 25 years, Mr Garner told BBC Radio 4’s Today Programme: ‘There are already some 10-year mortgages out there and they don’t prove massively popular at the moment because let’s face it, 25 years is a long time in the future to see.’ 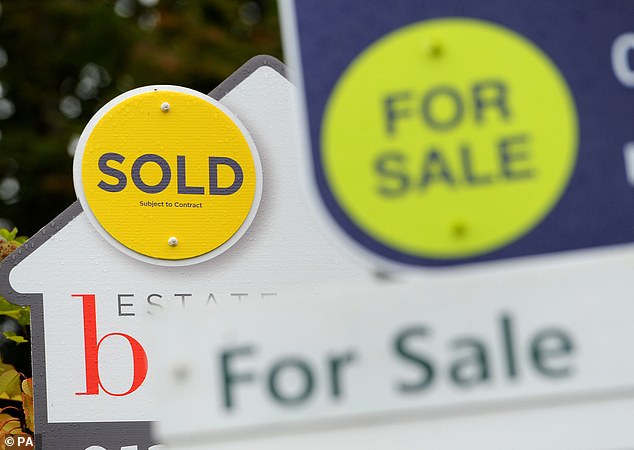 ’25 years is a long time in the future to see’: Nationwide boss Joe Garner has his say on the Conservative party’s plans for ‘lifetime’ mortgages if they get elected

Nationwide boosted its share of the current account market from 8 per cent to 8.1 per cent over the period.

Deposit balances grew by £2.5billion over the period, with the group claiming this was because it ‘continued to offer competitive rates.’

While hundreds of bank and building society branches continue to be closed up and down the country, Nationwide reaffirmed its pledge to keep a branch in any town where it currently has a presence until 2021.

Looking more broadly, the group said that while the country’s economy had slowed ‘as a result of weaker global growth and Brexit uncertainty’, ‘household spending has remained relatively solid, and housing market activity broadly stable at subdued levels.’

Nationwide added: ‘Whilst the economic outlook remains uncertain, we expect the current low interest rates and competition in our core markets to continue.’

The mutual’s boss, Mr Garner, has a £2.3million pay package. When questioned by BBC’s Radio 4 Today programme whether his pay was too high for a building society run for the benefit of its members rather than shareholders, Mr Garner said: ‘The board chooses to pay the senior executive of Nationwide less than our competition.

‘Every year our members vote on our pay policy and last year 91 per cent voted in favour of it, including my pay.’

READ  ALEX BRUMMER: Matt Hancock recognises that the Tories must be the pro-business party

Reports of a buyer for Neil Woodford's biotech holdings emerge