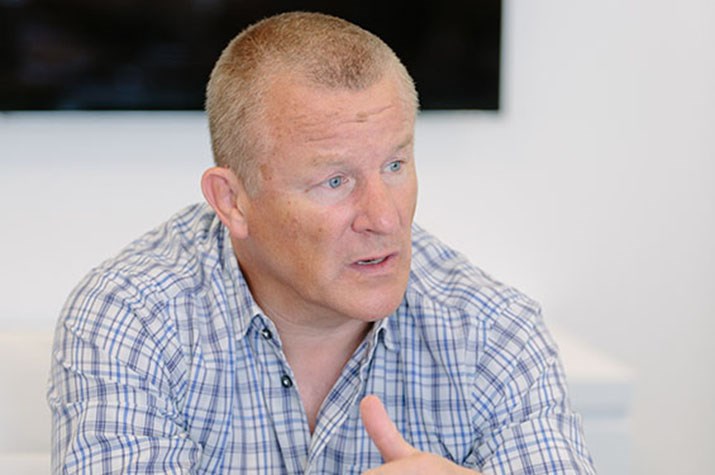 Neil Woodford said: “We have taken the highly painful decision to close Woodford Investment Management. We will fulfil our fund management responsibilities to WPCT and the Woodford Income Focus Fund and once completed will close the company in an orderly fashion.

“I personally deeply regret the impact events have had on individuals who placed their faith in Woodford Investment Management and invested in our funds.”

Earlier on Tuesday, the former star manager had said he disagreed with the decision of Link Fund Solutions to wind-up the Woodford Equity Income fund: “This was Link’s decision and one I cannot accept, nor believe is in the long-term interests of Woodford Equity Income fund investors.” It is understood that Neil Woodford and Craig Newman, chief executive of Woodford Investment Management, were only informed of the move in a meeting with Link at 4pm the day before.

Link’s decision came four months after the flagship fund was forced to suspend trading because it was unable to meet redemption requests from investors looking to take their money elsewhere.

In the interim four months, speculation had been mounting that Woodford would be removed from the running of his investment trust. His smaller Income Focus fund, which remained open to investors, continued to bleed assets, falling in since from around £480 million to £250 million in the period since the gating of the Equity Income fund.

Adrian Lowcock, head of personal investing at Willis Owen, said: “The decision to close the company is unfortunately the right one, as it will put a stop to the inevitable speculation.

“Woodford’s decision to step down from the board of WPCT was no doubt a hard one but, given his presence had become a distraction to the trust, it was also the right thing to do.”

The Board of Woodford Patient Capital Trust had announced earlier in the summer that it was considering alternative options for the running of the trust and had been in discussions with other potential managers.

However, it had seemed the Board would not be rushed into a decision. After the announcement of the wind-up of Equity Income it said it had “noted the statement”, adding: “As previously announced, the Board has been undertaking a review of the Company’s management arrangements and will make a further announcement in due course”.

Late on Tuesday evening, the Board issued another statement: “In light of recent events, Woodford Investment Management Limited has today served notice of termination in relation to its role as Portfolio Manager.

“The Board is in advanced discussions in relation to the ongoing management of the Company’s portfolio and expects to be in a position to announce details of the new management arrangements shortly.”

Woodford Investment Management will have a three-month notice period in which to work with the Board to transition the portfolio to any new management “in order to protect the interests of shareholders”.

Darius McDermott, managing director at Chelsea Financial Services, said: “I think this is a very sad end for both Woodford’s investors and employers, but perhaps inevitable once Link had closed his flagship fund.

“The entire situation has been awful for investors in the funds and the trust, and damaging for the industry. At a time when people should be saving more, not less, and when UK equities are so out of favour, it is worrying that so much trust has been lost.”

What Next for Investors?

It is unclear what will happen to the investment trust, which focuses on early-stage companies and biotech businesses. Options include a new manager being appointed, its assets being merged into another investment trust, or the investments being sold and the trust being wound-up and money returned to shareholders in due course as is the case with the Equity Income fund.

Indeed, the investment trust’s share price tumbled almost 9% yesterday to a record low of 34p after it was that Woodford was to wind-up the Equity Income fund. As speculation mounted that the manager would also be removed from the Woodford Patient Capital Trust, the discount on the investment trust widened to around 54% to their net asset value.

Ryan Hughes, head of active portfolios at AJ Bell, said: “The closure of Woodford Investment Management had a feeling of inevitability about it. Without the fees from the Equity Income fund and no performance fee coming from WPCT, it was difficult to see how the business could survive.”

Link Fund Solutions is expected to make an announcement about the management of the Income Focus fund imminently.

Hughes added: “This creates further uncertainty for a larger number of customers and the key now is that they are given information about what is going to happen to their investments as soon as possible.”

BlackRock will be handling the management of Woodford Equity Income through its wind-down, as been charged with selling the listed holdings in the portfolio. Park Hill, meanwhile, has been working on selling the unquoted and illiquid assets in the fund since its suspension in June and will continue to do so.

The End of an Empire

Neil Woodford set up his own fund house, Woodford Investment Management, in 2014 after leaving Invesco Perpetual, where he had managed money for 26 years. The manager had made a “star” reputation for himself for his bold, contrarian decisions not to back tech stocks in the lead-up to the dot com boom and to avoid banks in the run-up to the financial crisis.

As a result, investors followed him in droves when he started up his own business. The Woodford Equity Income fund quickly attracted assets and at its peak reached £10.2 billion. As well as taking on large mandates from the likes of St James’s Place, he then launched the Woodford Patient Capital Trust, an investment trust with a dedicated focus on early-stage and biotech businesses, and latterly the Income Focus Fund.

But the manager had increasingly turned his focus to the start-ups that he had become so passionate about. These grew to a substantial proportion of the Equity Income portfolio, while the FTSE firms he was renowned for investing in suffered a run of poor performance, weighing on the fund’s overall returns.

As investors grew frustrated with poor performance and took their money elsewhere, assets under management quickly shrunk and the composition of the Equity Income shifted dramatically, even breaching the Financial Conduct Authority’s rules on how much of a fund’s portfolio can be held in illiquid assets.

Earlier this year, the manager started to take drastic measures to change the shape of the portfolio, listing assets on the Guernsey Stock Exchange and conducting a share swap between Equity Income and WPCT.

As pressure mounted on the manager and investor redemptions ramped up, the fund was forced to suspend trading on June 4, 2019.

McDermott said: “Neil Woodford achieved some excellent returns for many investors over a very long period of time. That is why his new business was so popular. In all the current mess, I think it is important to remember this. The past few years have been bad – there is no getting away from that – but this situation has come about from a very specific issues with one manager – the worst possible outcome would be that investors think all investments end this way and stop saving for their futures.”

Jupiter in Talks to Acquire Merian

Bombardier scales back to focus on business jets

How HSBC digital cheque app use soared over the festive period

Democrats Love a Wealth Tax, But Europeans Are Ditching the Idea

Tweet Buster: What to do when you've more negatives to deal with on D-Street